Home Entertainment The most humiliating form of Galactus confirms the best way to defeat... 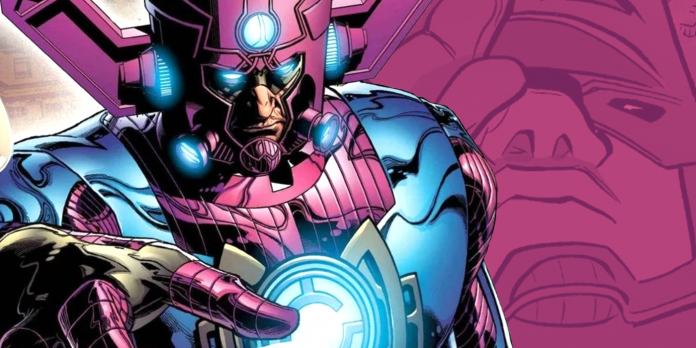 In the Marvel universe, Galactus is considered one of the greatest threats capable of destroying the world. But thanks to the Squirrel Girl, fans have learned that he is not as difficult to beat as many people think.

In the early days of her college career, Squirrel Girl faced a number of threats, one of which was Galactus heading to devour the Earth. Unfortunately, Galactus installed a stealth device on his ship so that none of the people could see his approach. But the squirrels could, and they warned the Squirrel Girl about the danger. Despite no help from the Fantastic Four or the Avengers, Squirrel Girl snuck into Tony Stark’s base and stole an Iron Man costume so she and her squirrel buddy could go to the moon to meet Galactus before he reaches Earth.

Known for her intelligence (and supernatural ability to defeat even the most impressive villains), the Squirrel Girl is able to convince Galactus to do his own thing. He knows that the Earth is full of heroes, so there is no point in trying to devour the planet once again when he faces super-powerful opposition. The squirrel girl understands that Galactus will be ready to eat another planet if he is given an alternative that will consume less of his cosmic energy. The Squirrel Girl’s unique abilities allow her to find a world full of nuts. In fact, the planet is so rich in plants that it satisfies Galactus’ hunger for a while.

The funny thing about this whole situation is that as a conceptual entity Galactus appears in different forms depending on who sees it. So for the Squirrel Girl’s friend, Tippy-Tow, Galactus looks like a giant squirrel. Therefore, the fact that he was defeated by going to the planet with a bunch of nuts is especially appropriate, despite the fact that this is still the only real Galactus. In fact, there are so many nuts on the planet that Tippy-Toe jokingly suggests that Galactus return and devour the Earth so that this planet belongs to him.

Although this is a rather strange adventure, it shows that Galactus is really not that difficult to control. For many years, Galactus was led by a Silver Surfer who found planets that his master could devour, and eventually rebelled to save the Earth. While Galactus’ need to devour planets filled with life force makes him dangerous to all living beings, his hunger can be controlled and satisfied in such a way as to minimize losses. As the Squirrel Girl proved, Earth heroes could make Galactus less dangerous by finding suitable worlds for him to devour, rather than just fighting him whenever he approaches Earth.

At first glance, Squirrel Girl may seem like a pointless, stupid character who defeated the likes of Iron Man and Doctor Doom, either by accident or for the entertainment of young fans. But, as seen with Galactus, this is not the case. She used her mind not only to meet Galactus in space, but also to find a solution that does not require physical violence, showing that although he is incredibly difficult to defeat, the World Eater is surprisingly easy to control.

Watch: KARA Charms With a Cool Clip of “WHEN I MOVE”...