Home News The most expensive dramas in history in South Korea 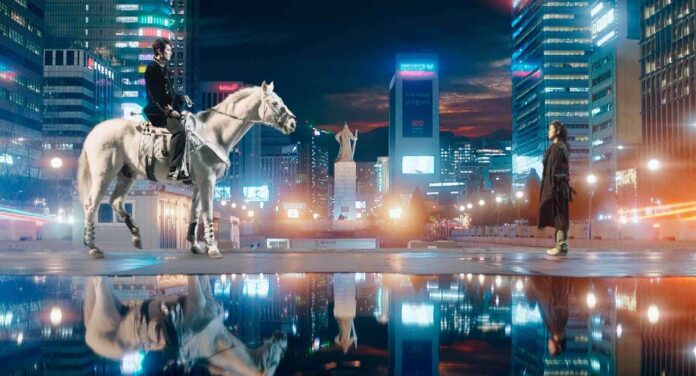 South Korean dramas have invested millions of won and dollars to bring the hottest, high-quality stories that have won over fans to the screen, discover the most expensive dramas ever.

The Korean entertainment has not stopped during 2020, although for years it is very popular among fans of the Hallyu culture . Actors, special effects, sets, costumes and promotions have been reasons for expenses for productions and television studios, who bet their capital to be successful with their different premieres.

Over the years, a variety of action, fantasy, and period stories have been recorded, representing a large sum ofmoney in when ap roduction concerns, because they need a set, costumes appropriate to the time and other elements to create fictional world in which live characters , including travel to other countries to record.

From the salary of the main actors , who are often great Korean figures, such as the action scenes, AR technology (augmented reality), as well as the training processes, if required by the characters, they have caused a drama to cost more than 30 billion won.

Some of them cost 3 billion per episode alone, in addition to promotional expenses.or fines if they go over budget, and while not all have been successful on screen, other K-Dramas have ranked as the best in history, not only because of their plot, but because of the quality with which they were created.

MOST EXPENSIVE DORAMAS IN SOUTH KOREA

Protagonists: Lee Min Ho and Kim Go eun
Synopsis: It tells the life of a monarch who passes through a portal that takes him to another dimension, where South Korea is a modern democracy, there he will meet a detective who doubts his identity.
Cost: 30 billion won. The drama spent on the pay of the leads, two great Korean actors, in addition to fantasy effects, luxury cars, helicopters, costumes, and accessories.

Protagonists: Song Kang
Synopsis: The drama tells the story of a boy who after losing his parents decides to move into an apartment, but discovers that there are neighbors with a thirst for blood who will put his life in danger.
Cost: 3 billion won per episode, totaling 30 million won, including monster expenses, special effects, and horror makeup.

Protagonists: Song Joon Ki and Jang
Synopsis: It tells the life of Eun Sum, a boy who was born with a destructive destiny for his land, Ta Gon is a boy who dreams of becoming king of Aseudal. Tan Ya is a tribe heir girl and Tae Al Ha is hungry for power.
Cost: 3 billion won per episode, 54 million in total, as they filmed on an island between Malaysia and China, in addition to wearing period costumes and special effects, they also built a special set for the drama.

Protagonists: DongGunJu JiHoon, Ryu SeungRyong and Bae DooNa
Synopsis: It tells the life of a people in the Joseon era, where a rare disease turns them into the undead and their king must find the source of the virus.
Cost: 35 million won, 2 billion per episode as Netflix spent on promotional costs, period costumes, and they were over budget and had to pay some fines.

Memories of the Alhambra

Protagonists: Park Shin Hye and Hyun Bin
Synopsis: It narrates the life of a CEO of a video game company who travels to Spain, where he is trapped with a young hotel manager, while his world mixes with the reality of a game and it will endanger your life.
Cost: 20 billion won. In addition to paying the main actors who are recognized in Korea, the story was recorded in Granada and Barcelona, ​​it was also spent on augmented reality effects.

Protagonists: Kim So Hyun and Jang Dongyoon
Synopsis: It narrates the life of Jeon Nok Du, a young man who is attacked along with his family. After the accident, she decides to go to a town to seek answers from her assailants, there she will meet Dong Dong Joo, who does not want to fulfill her mission of becoming a gisaeng.
Cost: 10 million won, in addition to the leading actress being very famous, money was also spent on special effects and period costumes.

Protagonists: Jung Woo Sung and Soo Ae
Synopsis: It tells the life of a terrorist group led by the evil Son Hyuk, agent Lee Jun Woo must spoil his plans and save the president’s daughter before it’s too late.
Cost: 20 billion won, as it was shot in countries such as New Zealand, Italy, Japan, and the United States, in addition to large-scale action scenes.

Synopsis: It tells the life of a general from ancient times who is betrayed and cursed to live forever while his loved ones die, that makes him a Goblin, a goblin who must search for the Bride of the Be Immortal in the modern world to destroy the curse.
Cost: 13 million dollars that were used in costumes, special effects and the recordings that were made in Canada.

Legend of the blue

Stars: Lee Min Ho and Jun Ji Hyun
Synopsis: It tells the life of Kim Dam Ryung, a scholar from the Joseon era who meets a captive mermaid, whom he helps escape. When he reincarnates in the modern world, he is a con man named Heo Joon Jae, who does not remember the young creature when they meet again.
Cost: 20 million dollars that were used for the production, it was also recorded in Europe and used special effects. It was also costly because the lead actors are so famous.

Are I human too?

Protagonists: Seo Kang Joon and Gong Seung Yeong
Synopsis: It tells the life of Nam Shin, a young heir who falls into a coma after suffering an accident, so his mother creates an android with the same appearance and name.
Cost: 9 million dollars that were used in special effects, such as the seasons of the year, in addition, a lot of technology and augmented reality were used since it was a robotics drama and it was shot in the Czech Republic.

Protagonists: Lee Byung Hun and Kim Tae Ri
Synopsis: It tells the life of a man who gets a new identity as an American soldier, when he arrives in South Korea before the Japanese occupation, he will meet an aristocratic woman who steals his heart.
Cost: 30 billion won, was spent on special effects, as well as period drama quality, costumes, and story quality that had a lot of historical research.

Starring: Lee Sung Gui and Suzy
Synopsis: It tells the life of Chal Da Gun, a man who loses his nephew in an accident and enlists the help of Go Hae Ri, a detective who will help him find the culprits, but what They discover it will change their life forever.
Cost: 25 billion won due to action scenes, promotional spots for the drama, training the cast conducted, and production costs due to filming in Morocco and Portugal, plus the leading actors are highly regarded .

If you are a fan of dramas , you can also explore other options such as webtoons , we leave you a list with 12 stories for the romantics at heart.