Home Entertainment The most difficult choice in Dying Light 2 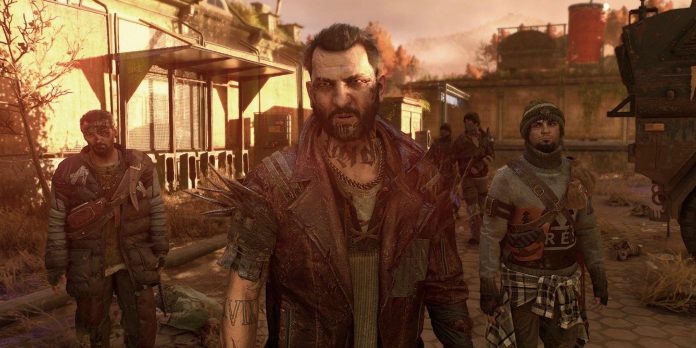 One of the defining features of an RPG is that players are often given key decisions that affect the narrative, world, and characters of the game. While most role-playing games, especially older ones, limit this choice to only minor dialogue options that only affect character relationships, more modern role-playing games have pushed this choice system one step further, allowing the decision to have a ripple effect throughout the game, sometimes radically changing what the environment looks like, which characters survived and how the story develops. While it’s not as difficult as some might hope, Dying Light 2’s selection system does just that, and some of the more complex decisions are significantly changing the game world.

During the 30-hour main plot of Dying Light 2, players will find themselves in the center of countless conflicts, most of which allow them to make one or another choice. While some of these decisions may be as minor as choosing a weapon as a reward, Dying Light 2 is full of them, and all of them together make Dying Light 2 a very personal, unique experience.

RELATED: Dying Light 2 in the Footsteps of Nightrunner, A Complete Breakdown

After the first story chapter of Dying Light 2, players will get to Villedor, the central city of the entire game. Players will quickly encounter two game factions: Peacemakers and Survivors. These two opposing groups are at the heart of most of the most difficult choices in Dying Light 2, where players will have to repeatedly decide which group should have more power: the Peacemakers, who seek to use discipline and order to rule the new world, or the Survivors. who believe that community is the only way forward.

The first important decision in Dying Light 2 is made when the player discovers a water tower that is about to explode. Having decided whether to kill the criminals or spare them, the player must make a vital decision whether to hand over the water tower to the Peacekeepers or the Survivors. Although the player can continue to create structures for both factions throughout the story, this first decision is quite important as it affects the final outcome of the story. Handing over a water tower or any other construction to peacemakers will give the player more aggressive environmental weapons in the open world, such as death traps, while handing over a water tower to survivors will give the player more parkour tools, such as trampolines and air vents.

A little later in the story of Dying Light 2, players can either join Juan of the Survivors and get a new shelter, or join Jack Matt of the Peacemakers. This leads directly to one of the most important decisions in the whole game. During the Broadcast mission, the player will be at the top of the VNC tower, and he will be asked to give one person a signal to broadcast the tower.

Players will have to choose between Jack Matt, Juan or Frank. Taking the side of Frank, a former DJ, is a neutral option, since he decided to play music all over the Village to raise the hopes of citizens. This also paves the way for a relationship quest with Lowan later in the game. While helping Jack, Matt sees him broadcasting Peacekeeper propaganda, and transmitting a signal to Juan allows him to listen to the Peacemakers’ private messages. This is one of the most difficult choices in Dying Light 2, as it is one of the main factors behind the ending of Dying Light 2.

One of the simplest options on paper, the “No Mercy” or “Deal with the Devil” mission, is that the player chooses whether to kill Hakon after it turns out that he is working with the main antagonist Waltz, or leave him alive. If the player previously decided to let Hakon die from an arrow wound, then the choice has already been made, but if they chose to help him, then the final fate of the character needs to be decided here. This decision greatly affects the last moments of the game, in which Hakon needs to survive in order to reach the “best” ending.

Some Accounts On TikTok Are Fictional Characters Created By A Company

Flash’s Boss Reveals His hope for Barry and Iris before the...