Home Tech The Most Anticipated Games of 2021 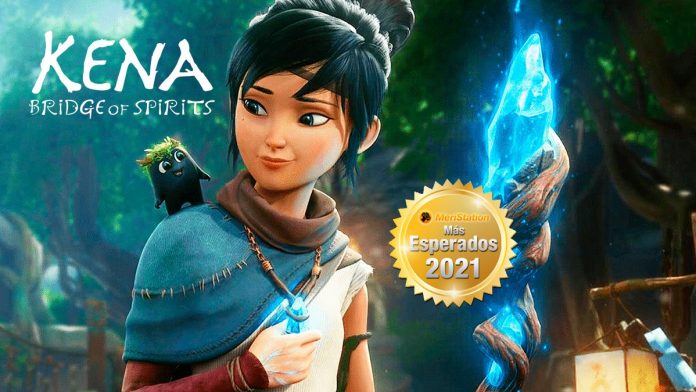 We review everything we know about one of the most anticipated titles for this 2021, Kena: Bridge of Spirits, the new IP of Ember Lab.

Since the appearance of its trailer at the PlayStation 5 showcase last June, many of us are looking forward to Kena: Bridge of Spirits coming our way. Its promising setting and polished animation have put it in the spotlight of the most anticipated games of this 2021, despite the fact that there is no date confirmed yet. In this text we collect everything we know about the title of Ember Lab and review the reasons why we have so much desire to take control to share the adventures of Kena.

What do we know about the technical section of Kena: Bridge of Spirits?

Ember Lab is a studio located in California and comprised of only fourteen people. This figure may surprise if we take into account the quality of the animation of both the characters and the settings shown in the trailer. However, if we review the history of the studio, it is not surprising: despite being its first video game, Ember Lab has made many animations for brands such as Coca-Cola and MLB since its founding in 2009. Hence, Kena and all that surrounds it to look like something out of a work of Pixar caliber.

In fact, founding brothers Mike and JoshshGrier themselves have stated during an interview with Official PlayStation Magazine that they have moved away from photorealism and motion capture to have more freedom, flexibility and personality when animating the faces of the characters. “Although Kena’s movements are fantasy, we tried to give weight to both his attacks and his actions, to make the control of the character precise,” adds Mike. So we look forward to exploring the magical world that Ember Lab seems to have brought to life, immersing ourselves in the details of its animation, and seeing it as polished and rich in detail.

Related to this same point, the developers have also confirmed that the DualSense’s haptic triggers function has been used to improve the gaming experience. If we play the title on PS5 (although we can also enjoy it on PC and PS4), we will be able to experience the weight that the team has wanted to give to the possibilities offered by the new PlayStation controller and take advantage of it. The example they have given is that of feeling the tension of the bow on the triggers when drawing the string. This leads us to think directly about what we were able to experience with Astro’s Playroom and to fantasize about how much I could improve the immersion by taking advantage of Sony hardware.

Other data that we know since the end of 2020 is that thanks to the PS5’s SSD memory, loading times will be almost totally reduced and users who buy it for the fourth generation console will be able to update it for free to PS5, as has happened. with titles like Marvel’s Spider-man: Miles Morales and Assassin’s Creed: Valhalla, among other intergenerational games. In this way, regardless of when we decide to transcend the next generation, we can continue to enjoy Kena and company without going through the box again.

Elon Musk Asks Microsoft To Bring The Zune Back