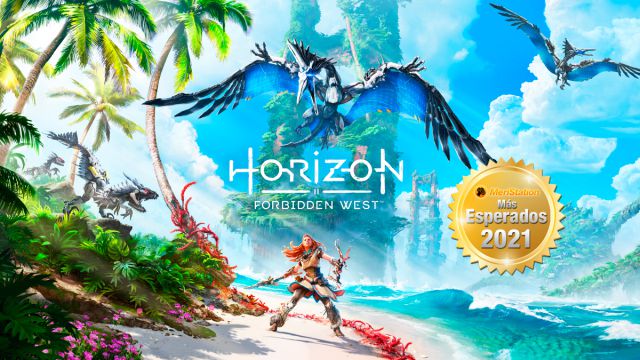 The sequel to Horizon Zero Dawn is one of the games that we most hope to be able to play on PS4 and PS5 this year 2021 and here we tell you everything we know.

One of the great games of the last generation, exclusive to PS4, was Horizon Zero Dawn (2017). The new IP from Guerrilla Games, creators of the Killzone saga, was a great success and conquered players around the world. With the arrival of the title on PC in 2020, we are ready to continue the adventures of the charismatic Aloy in the forbidden lands of the West. This sequel was announced last June within the framework of the PS5 game presentation event and since then we have been able to learn some new details, but always as an eyedropper.

We still do not even know the launch date that this project will have, but we can advance its approach, playable news, settings, characters and others that it will have. In this report you will also find those wishes and hopes that we have for the Guerrilla Games title, which we hope to be able to play at the end of this year 2021 unless it suffers a delay in its launch.

Thanks to the trailers, images and announcements that the company in charge has shared, we have been able to begin to discover the first details about Horizon Forbidden West. To begin with, everything indicates that the plot will take over from the original title and therefore it will be a sequel with all of the law. It is too early to say, since Guerrilla could surprise us with a twist in the narrative of the work, but if we remember the end of Horizon Zero Dawn and the post-credits scene, it is clear that Aloy’s story ended with an open denouement. If you have not played it yet, we recommend that you do so and skip the following paragraphs, since in them we will analyze what happened in that aforementioned ending.

See Also
The Most Anticipated Games of 2021

As a summary, we remember that Aloy begins her adventures in the post-apocalyptic world that we find in Horizon Zero Dawn being an outcast in her tribe mainly due to the fact of “not having a mother”. It is a new society that arose after the catastrophe that ended practically all human life on earth and that in turn gave rise to the machines roaming freely through the natural lands in which history is set. . Nature spread and therefore it is easy to get lost in green forests, crystalline rivers and plains full of vegetation, but for this it was necessary that life as we know it ended. The survivors met in tribes with somewhat prehistoric ideals but with the use of modern machine parts to make their weapons and armor.