Home Entertainment The Morrowind Rebirth modification received a major update 11 years after its... 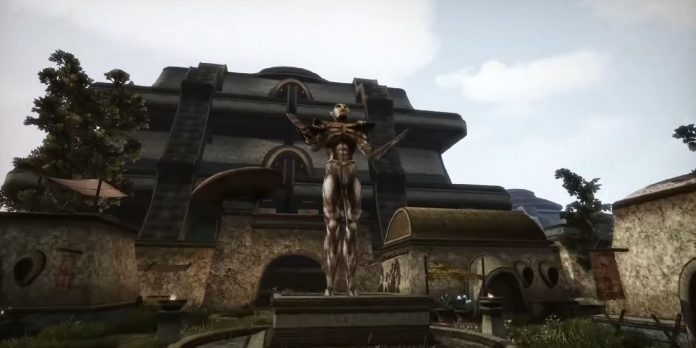 Morrowind Rebirth, a mod that restores The Elder Scrolls 3: Morrowind and updates the game to make it look somewhat similar to modern games, has just released version 6.0, containing a range of new content and fixes. The impressive Morrowind Rebirth mod was developed for 11 years and was started by a single modder Johan Rosen. It acts as a major overhaul of Morrowind, fixing issues in the game, including serious bugs, as well as adding enough content to fill multiple expansions.

The Elder Scrolls 3: Morrowind recently celebrated its 20th anniversary when the iconic role-playing game was released in 2002. Since the original release was released so long ago, even Morrowind fans admitted that the game is not quite holding up, because its graphics now seem too outdated, and some of its gameplay systems may seem strange to someone who is more accustomed to modern role-playing games. However, Morrowind Rebirth hopes to fix these issues, as shown in the recently released version 6.0.

Version 6.0 of the Morrowind Rebirth mod comes with a three-minute release trailer showing how the overhaul changed the original game. Starting with a few shots of the Dark Elf house installation, the visual improvement over the original Morrowind is clearly visible. But fans hoping to see an entirely new look may want to curb those expectations, as Morrowind Rebirth still retains the classic look of the 2002 game.

As for the specific changes that will appear in version 6.0 of Morrowind Rebirth, there will be various landscape changes and significant improvements in Deadlands that will make it more sinister. Considering that the Deadlands is the home of the Daedric Prince Merunes Dagon from Elder Scrolls, it is logical that the player will not feel at home there. In addition, there are several expanded interiors for a better exploration of Morrowind Rebirth, as well as dozens of improvements to textures, weapons and armor.

The latest Morrowind Rebirth update contains many other changes that can be downloaded either from the mods database or from the Nexus Mods page. If a Morrowind fan has already downloaded one of the other game updates, it’s important to note that Morrowind Rebirth may conflict with this mod. For those who want to get into Morrowind, but do not have access to the 2002 classics, there are many Skyrim mods that include a lot of things from Morrowind.

The Elder Scrolls 3: Morrowind is available for PC and the original Xbox.

Explanation of the latest additions to Nintendo Switch Online