Home Tech The Monster Hunter movie is delayed in Spain 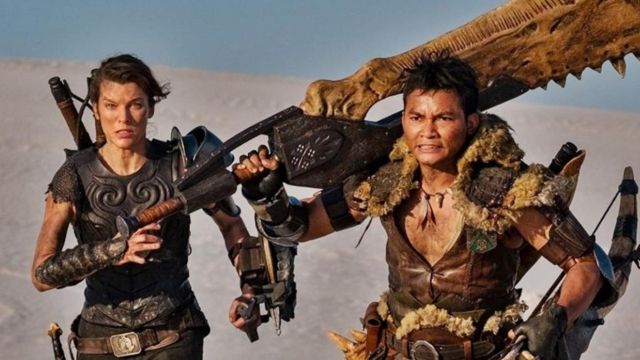 The film will be released in theaters in our country on the launch day of Monster Hunter Rise for Nintendo Switch, on March 26.

Sony Pictures Spain has confirmed that the Monster Hunter movie will not be released in theaters this January 29, as originally planned, but on March 26. The producer of the film, an original feature film based on the Capcom license, has made this decision for unknown reasons. The new release date coincides with the release of the long-awaited Monster Hunter Rise for Nintendo Switch.

Despite the numerous delays, several of them caused by the COVID-19 pandemic, which prevents the normal flow of work in movie theaters and the presence of spectators in many centers, it will finally be screened on the same day as the new iteration of the Japanese company’s action, role-playing and adventure series on the hybrid console.

Milla Jovovich stars in the film; she captained by Paul W.S. Anderson

The Monster Hunter movie will arrive in a suitable context, but not planned. The appointment invites you to go through the moors and recognizable sections of the saga with real actors and the recreation of creatures such as the wyvern Diablos. Milla Jovovich is one of the most recognizable faces on the film, while Paul W.S. Anderson – who has already directed the Resident Evil adaptations – is in production.

Next we will be able to start reading reviews from specialized media; From portals such as FilmAffinity they already collect the opinions of international media, where opinions are poured for all tastes.

Those who are curious to try Monster Hunter Rise before its launch, it should be said that a free demo is available until February 1 on the Nintendo Switch eShop. We can do two missions (one beginner and one intermediate) as well as several tutorials to familiarize ourselves with the controls, among other novelties related to the game’s mechanics. It is expected to be one of the big launches of 2021 not only on the Nintendo console but in the video game sector in general. In summer, meanwhile, Monster Hunter Stories 2 will be released for Nintendo Switch; this time as a continuation of the original JRPG.

PSafe Launches Rewards Program To Reward Those Who Discover Vulnerabilities In...

WhatsApp Will Allow You To Listen To Audio Before Sending