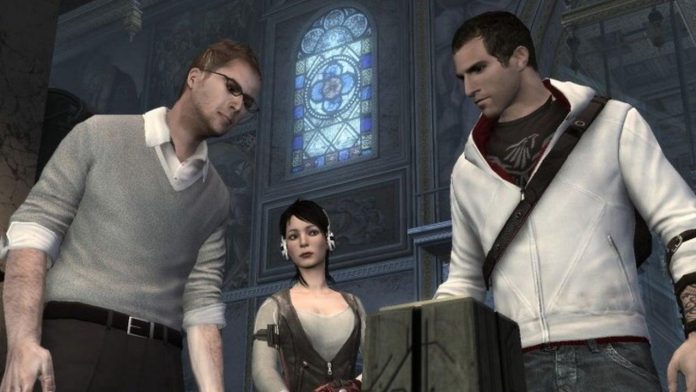 At a press conference before today’s Ubisoft Forward, Mark-Alexis Cote, vice president and executive producer of Assassin’s Creed, explained to reporters that the upcoming hub platform for the series will be the new home for the main Assassin’s Creed storyline.

Then Kote explained: “I wanted [Infinity] to be the perfect starting point [to the series],” he said. “And this is where extracting the meta-story from our games and bringing it to life at the platform level is an important change for the franchise.”

The launch of the Infinity platform and its first Codename Red game will mark the beginning of what Ubisoft calls the 3rd Assassin’s Creed period. Period 1 covers the series from its inception to Assassin’s Creed Syndicate (in fact, the era of action/adventure), and period 2 covers the era of the role-playing games Origins, Odyssey and Valhalla. This new period was designed to be a good place for new players to join, and so it made sense to separate the more complex, ongoing meta-story taking place these days from the individual historical tales.

“People who like to just dive into the past will be able to jump right in there and they will never be interrupted, and they won’t need to know who Desmond and Layla are,” Cote said.

As explained in today’s presentation of Assassin’s Creed Showcase, Infinity is not a game, but rather a launcher for the series. This means that the modern storyline will most likely not be told through game characters such as Desmond or Layla. Kote did not explain exactly how the story would be told, but said we should expect the method to change over time.

“The way we tell the story will change over time,” Kote said. “But the abstraction we want people to have, [Infinity] is your Animus. This is your DNA explorer on your desktop. You are the main character of the story.”

For the full information we have at the moment, check out our full Assassin’s Creed Infinity interview with Kote. And to learn more from Ubisoft Forward, take a look at the announcement of Assassin’s Creed Mirage, the upcoming Codename Red and Hexe, as well as a mobile game set in Ancient China.