Home Entertainment The modern iron banner of Destiny 2 has finally become what was... 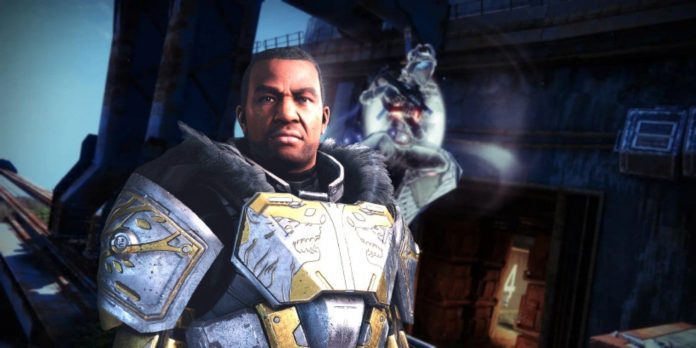 The Iron Banner is the longest running event in the Destiny series, originally promising high—level PVP battles in which player levels will matter in every battle. However, the legacy of Iron Banner as it currently exists has finally evolved to the point where participating in the event is a much more challenging task than the constantly available Destiny 2 Crucible modes with lower stakes.

However, this difference in difficulty level in the modern Iron Banner is not related to any changes made since the Iron Banner first appeared in the original Destiny almost 8 years ago. Instead, it’s the individual skills of players who are transitioning from other competitive events in Destiny 2, such as the Trials of Osiris, to make the Iron Banner a deep end for PVP.

The Origins of the Iron Banner

Long-time fans of the Destiny series admit that the Iron Banner began as the very first live event that visited the tower in 2014, promising to make the level important in PVP. At the time, this was important because in the Crucible, where other PVP modes are available, damage modifiers that were associated with fighting enemies at different levels were removed. Given that even the recently updated Destiny 2 Crucible maintains this balance for player levels, the concept of level advantages can be tempting for players with powerful gear.

Although the level advantage has since been removed from Iron Banner, there was considerable criticism of the concept’s implementation in the early years of the event. Not only did the level advantage initially provide only a small change in damage and resistance, but the player selection system made it almost impossible for players of the maximum level to confront lower-level fighters. However, the loss of this level advantage did not prevent Iron Banner in Destiny 2, as the new game types instead create a different level of competitive challenges for players who previously plunged into the Crucible more casually.

Where the Iron Banner finds a new challenge

As is the case with most games these days that offer some sort of competitive content, Destiny 2 divides its Crucible into a more casual experience and somewhat more competition-oriented. In most cases, this takes the form of various playlists in which a player’s progress is tracked either as a Crucible rank or as a glory rank, with the latter requiring players to win matches in order to advance. In addition, there’s the “Trials of Osiris” playlist that pops up periodically to offer the most challenging PVP experience Destiny 2 has to offer.

What makes these different levels of competitive gameplay in Destiny 2 important to Iron Banner is that this event tends to attract players from all ends of the PVP spectrum. With Iron Banner offering impressive weapons and gear that can reach Destiny 2’s power limit, even players who don’t normally like Crucible will receive daily rewards. As a result, the “Iron Banner” becomes the far end for players more accustomed to the more casual games of “Control” or “Pogrom”.

Loading the Iron Banner into the round then becomes a demonstration of the strongest PVP equipment available for the ranks of the Crucible and Glory, as well as the Trials of Osiris. The result is a daunting challenge in which more casual players will face opponents who are far beyond their personal skill level. Combine this with the new Iron Banner Eruption game mode, which recently replaced the Rift mode in Destiny 2, and rusty players can be easily crushed by the inertia of highly skilled enemies.

Iron Banner Gets the Nickname Crucible

In the Destiny story, Lord Shax’s Crucible is named as it is because it is intended to be a place where Guardians transform into super soldiers needed to fight threats such as Savatun from the Witch Queen. However, in practice, this is a fun type of game where players engage in a PVP gameplay in which they face off against opponents who are smarter and less predictable than AI-controlled enemies in PEE content. That being said, Crucible’s lower-stakes game modes, such as Control and Clash, are more likely to pit players against other players with their own skill level, without necessarily forcing players to grow to earn multiple wins.

However, in the case of Iron Banner, the influx of players from Trials of Osiris and Glory Rank playlists means that the overall skill level of any given team is much higher than in regular Crucible matches. As a result, players who have not turned the tricks and hints for Destiny 2’s Crucible into secondary instincts get an incredibly difficult experience. Something as simple as approaching a doorway too close will instantly kill the player with an opponent with a well-placed shotgun.

Elden Ring Will Be 30 Hours Long And Have An Integrated...