Home Entertainment The mistake that will break the secret of the Spider-Man: No Way... 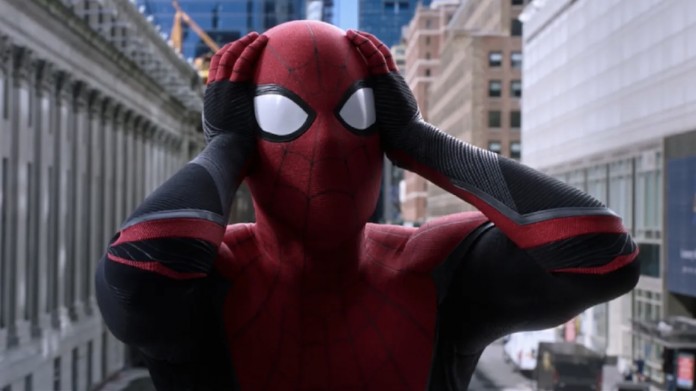 There was an interesting development before Spider-Man: No Way Home. One poster featured Tobey Maguire’s Spider-Man.

Spider-Man: No Way Home never leaves its place on the agenda. As we approached the end of the year, the production, which was among the most curious movies, showed itself with an interesting detail. It is possible that a product printed for marketing and advertising purposes has spoiled the whole secret of making it.

The event that erupted on social media may also change expectations for the film. Because, thanks to this mistake, which is the most concrete evidence in the hands of the fans, the big secret is revealed.

Spider-Man: No Way Home theories turn out to be true?

A fan who shared on Twitter came across an interesting detail in one of the promotional products. While the Spider-Man character played by Tom Holland was in the foreground, Spider-Man played by Tobey Maguire was displayed on the back.

The Twitter user, who also made a video on the subject, claimed that the pictures were not fake. However, while there was no explanation from Tobey Maguire and the studios, there was an increase in the excitement of the fans. This image, which is a significant evidence of the rumors that have been circulating since the name of the movie was announced, also confirms many theories.

On the other hand, it is not certain whether Marvel or Sony produced the poster in the shared image. Because the company that produces the promotional product actually belongs to an organization that sells pet goods. It is not yet clear whether Bark Box consulted the studios while preparing the poster. While a statement on the subject did not come from the company side, there are people who comment that this silence increases the accuracy of the leaks.

The countdown has begun for Spider-Man: No Way Home, which will be released on December 17. The production, in which only 2 trailers were shared, has turned into a minefield, so to speak. The news that Sony and Marvel will not share more trailers to avoid any deficit is circulating on the internet. The production, in which new information emerges in almost every detail, puts the studios in very difficult situations. Because even from pet stores, theories about the movie can be produced.

How many Spider-Man do you think we’ll see in the movie? What are your predictions about this? Do not forget to share your views with us.