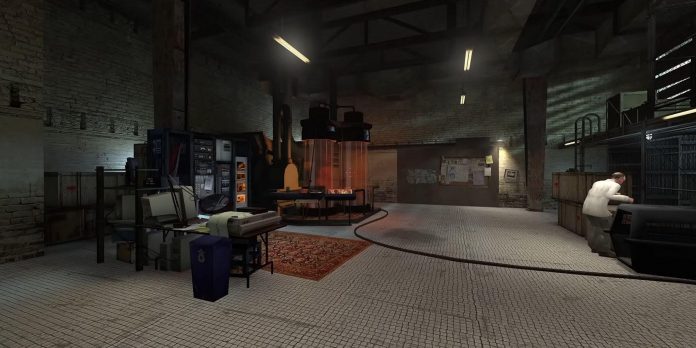 A new mod for Half-Life 2 has just been released, which, in fact, turns the whole game around, making it quite surreal. The title has been out since 2004, and although there probably won’t be a third game in the series, the 18 years that have passed since the release of the second part mean that many fans probably know every aspect of the sequel in great detail. Given this, the players probably have formed habits developed over many years, but everything is about to go awry.

There are already some incredible mods for Half-Life 2, some of which almost completely turn it into another game. One of these examples turns the Valve name into GoldenEye, and the other gives players the opportunity to complete levels taken from the beta version of the sequel. The vanilla experience alone is already enough for many, as the game is considered one of the best first-person shooters, but the modding community is flooded with many talented teams and people who are obsessed with changing things or adding custom ones. content. However, none of them causes such a headache as this one.

As PCGamesN noticed, NvC_DmN_CH user presented his Half-Life 2 mod, the only purpose of which is to reflect the entire game. It may not seem like it will be a significant change, but the video showing it demonstrates how much it can confuse players. If experienced veterans of the game instinctively knew which way to turn at the end of the corridor, now it becomes something of an exhausting task, since the player can easily get confused. Footage from many places is likely to make some people massage their temples as the eye-popping concept of everything looking familiar but different begins to take effect.

You could even say that it feels like playing a new game, which is perhaps the closest thing to the third part that fans will be able to experience. Although there were rumors that a Half-Life RTS called Citadel was going around in circles, most would probably prefer to see a continuation of the Gordon Freeman story that ended with a cliffhanger at the end of the 2007 Episode Two DLC.

On top of that, some recently leaked images showed an early version of the gravity cannon from Half-Life 2, which is probably one of the most famous and unique weapons in the FPS genre. While mods are plentiful, which makes the game fresh and interesting, many fans are still pining for the loss of the triquel, and all signs indicate that Valve will not continue the story from where it left off.

Mutant Year Zero: Road To Eden For Free On The Epic...

WWE 2K22 Presents Its First Trailer and Points To A Launch...