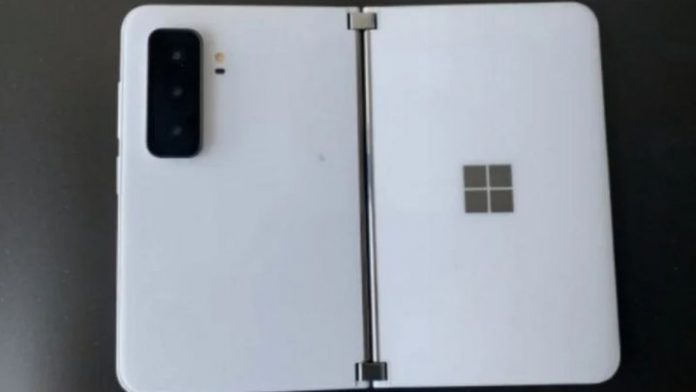 Microsoft Surface: In October it will be two years since the arrival of the newest range of devices from Microsoft to the world. Then we were talking about the Neo and Duo devices, which were folding tablets joined with a hinge in their central part and it seems that they will soon have a new version. It turns out that new images of the Surface Duo with a triple camera on the back have been leaked, which will cover one of the shortcomings of its current version.

Microsoft has shown what it is capable of in hardware with its Surface range. He has raised everything from laptops to tablets to all-in-one computers with a very functional design. In fact, its compact design in the tablets has been taken into account by other firms with its foldable back to give more comfort to the user. But we have to talk about one of the segments in which the company has focused and is that of folding devices.

Here we find the Duo and Neo series, which are interesting for their architecture and functionality. In fact, they will be greatly benefited by the arrival of Windows 11 and its functions designed to be used in any orientation and the use of multitasking. But we will know that when the operating system arrives because the latest news with this device is the introduction of a new camera system and a new color, leaving the options in black and white.

And, according to Windows Central, images have been leaked that show that Microsoft will put three rear cameras on its new Surface Duo. Apparently in the photos, the rear part will incorporate a rectangular package with a vertical arrangement. In addition, following the trend of smartphone manufacturers, they are placed in a section that protrudes above the rear surface and has a black interior.

On par with high-end phones

The arrival of a Surface Duo with three cameras may say a lot about the company. After all, it was one of the features that the device lacked and adding so many is an interesting feature to say the least. The plans that Microsoft has for the launch of this second version are not yet known and we have to wait to know if this will be its real design and the rest of the characteristics, where it would almost lack the possibility of making calls and becoming a rival for the terminals flexible on the market.