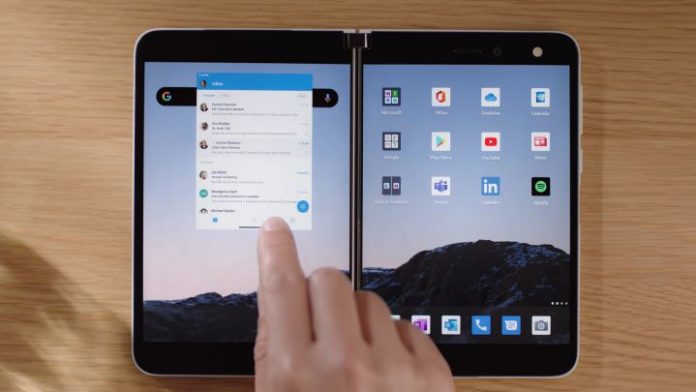 Microsoft is making a lot of progress on devices intended for productivity. It has strived to become a benchmark in tablets and has succeeded at the design level. But it has not stopped there and the proof of this was when in 2019 we saw two new models that revolutionized the entire market with the Microsoft Surface Neo and Duo models. Now, two years later, we have news that Redmond will bring a new version of the Surface Duo this year.

Microsoft’s folding tablet will have a review

We are at a time when the segment of tablets and smartphones is in full transformation. This means that we see more and more innovative devices and the proof of this is the integration of terminals with flexible screens. But in Redmond they have taken a step forward and it is that everything indicates that we will see a new version of the Surface Duo this year.

According to what WindowsLastest says, the device has already been around for a year and with this would be two, more than enough reason to launch a new and improved version. The truth is that now more than ever it makes sense with the amount of advances we have seen in the field of telephony. And that is why great changes are expected in the device and among them an improvement in the design and its connectivity.

As we told you, everything indicates that the Microsoft Surface Duo will have a new version this year. It will be in autumn when we see this novelty, specifically at the beginning of the season as indicated by the latest leaks. But it is not the only thing that is expected to have in front of the new terminal of those in Redmond. And it is that being a mobile device it can use a chip with an Internet connection like the one that smartphones integrate, so it could be the first device of the company with 5G.

Little is said about the changes in the design, of which it is said that there will be but they are still a mystery. We could see a device without visible hinges as are the devices that are now on the market, which would be a great advance for the firm and a declaration of intent against the folding smartphones that are already circulating on the market.

Android 12 Confirms That It Is Called Snow Cone (slush): The...