Home Tech The Mercedes-Benz B-Class of 2023 is presented: a luxury car for a... 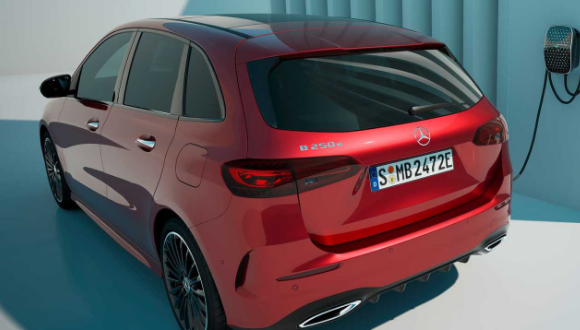 Mercedes-Benz has introduced the B-class car of the 2023 model. The car with the new design of headlights and radiator grille retains the existing engine options. Here are the features of the B series that have not been given much attention in Turkey so far…

Mercedes-Benz, one of the important names in the automotive world, has taken a prominent place in this sector. Because the company officially unveiled the 2023 A Series model at an event it hosted. But it wasn’t enough. The B series, which we hardly see in traffic jams, has also been updated. Let’s take a closer look at Series B with some minor changes.

When we look at the appearance of the car, a change immediately catches our eye. Mercedes-Benz engineers have started using a new headlight design in this car. This also led to minor changes in the radiator grille. However, apart from these, we do not see any major changes. The company’s car, which is more suitable for large families, generally echoes the current design.

And here is the 2023 Mercedes-Benz B-Class model.

When we look at the interior design of the car, we don’t see any major changes. But there are some improvements. For example, the base model of this car now has USB charging ports. In addition, consumers who prefer the AMG Line version of the B series will face heated steering wheels. Speaking of steering, we also note that the interior upholstery is made of nappa leather. The 10.25-inch MBUX infotainment display now also offers rear-view camera support on the base model.

When we look under the hood, we see the preservation of the 2.0-liter diesel and 1.5-liter gasoline engines offered for the Mercedes-Benz B series. In addition, as with the 2023 A-Series model, the B-Series also has a hybrid engine option. The hybrid model B250e, which has been on sale for several years, has support for fast charging with a capacity of 22 kW. In other words, it will charge from 10 to 80 percent in 25 minutes.

The price of the updated Series B is still a mystery. It is not yet clear whether the car will enter the Turkish market.