Home Tech The Mercedes-Benz A-Class of 2023 is presented: beautiful and hybrid… 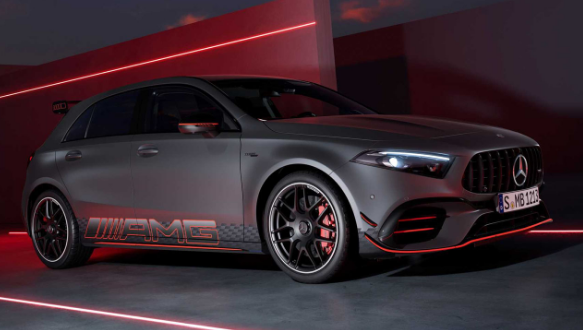 Mercedes-Benz has updated its A-class cars. The sedan and hatchback, released as the 2023 model, have undergone minor design changes and a hybrid engine option. Here are the features of the updated Mercedes-Benz cars…
German car giant Mercedes-Benz unveiled the 2023 A-Class model at an event it hosted. In this context, Mercedes-Benz, which produced both sedan and hatchback models, made its already quite beautiful cars a little more stylish. We also see significant improvements inside. In particular, the hybrid engine option seems to slightly increase interest in these cars.

When we look at the Mercedes-Benz A-Class cars of the 2023 model year, we see the use of a new radiator grille in both body types. On the other hand, the headlights look a little different with a little touch. On the back panel of the updated A-series, we see a standardized LED backlight. Consumers will be able to give preference to 19-inch wheels on these cars.

When we look at the interior of cars, we don’t see big changes in general. However, it should be noted that in the new models, the steering wheel is covered with nappa leather. Offering its customers the possibility of individual customization, the company allows you to equip the cabinet with matte or metallic colors. An infotainment screen called MBUX, which is also present in existing models, also appeared in the 2023 A Series model.

By the way; the new Mercedes-Benz A-class will also have a special version called the AMG Street Style Edition. The version that gives the car a very sporty look will be released in a limited edition.

Mercedes A-Class cars of the 2023 model year will retain their existing engine options. But with one important difference. These cars now have soft hybrid support. You can give preference to hybrid models with or without a fork. By offering 22 kW fast charging support, Mercedes-Benz guarantees that the battery that will power the A-Series electric motor will charge from 10 to 80 percent in 25 minutes. All engine variants are equipped with a 7- or 8-speed dual-clutch transmission.

The prices of cars that will be sold in the coming periods are unknown. In addition, at the moment it is unclear whether the A-series with a hybrid engine will arrive in Turkey. The coming months seem crucial in this regard.