Home Tech The Medium: reasons it’s not a Silent Hill 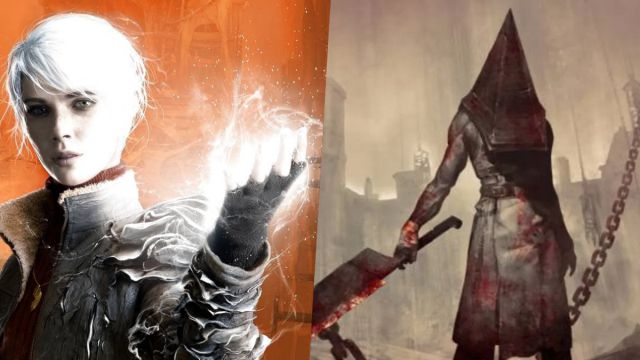 The game developed by Bloober Team maintains common ties with the Konami title, but it was not conceived as a survival horror.

An old hotel built on the outskirts of a mysterious forest. An alternative dimension that takes us to the world of the dead. Fixed planes, rust, supernatural elements and wisps of terror. In the background, the music and sound design of Akira Yamaoka, the legendary composer of the Silent Hill saga. With those ingredients, it is not surprising that the comparisons have surfaced. There is no doubt that there are points in common. But the concomitances do not hide the profound differences that exist between one product and another. We start from the idea that Silent Hill is pure survival horror, while The Medium has been built on other different pillars. Of course, we will not get into plot issues to avoid possible spoils.

In this work from the creators of Layers of Fear and Observer, survival is practically guaranteed. Its creators have outlined a psychological thriller with small touches of terror. It is true that the music and sound of Yamaoka build an atmosphere that can induce fear, but in general terms it is closer to another type of genre that is further from the traditional psychological terror. There is also no room for jump scares or other classic elements of the genre.

It is not a challenge, but an experience

In The Medium, the gameplay is based on a concept of adventure game. We explore the scenarios in a limited way in search of clues and documents, but always driven by history. Bloober Team is not interested in players completing the game as if it were a challenge. His intention is for them to live an experience, to drink from its atmosphere and to enter the skin of Marianne, the protagonist medium.

Therefore, another weight difference is found in the very low weight of the puzzles. Puzzles, to call them in some way, are solved in an obvious way, without the presence of challenge. On the other hand, the Konami classics relied on solving them, on making the user go through the scenarios in search of a solution. This new video game, on the other hand, does not leave much space for an in-depth exploration, since the backtracking is little exploited. Not surprisingly, there are times when we cannot go back even though we have just passed through an open door.

Not that Silent Hill based its gameplay on combat, but it has been an element that has been developed throughout all deliveries. Like other classic survival horror games, its fighting system was not designed so that the player would eliminate all enemies, as bullets are a precious commodity. Still, there are the final bosses and moments that are more focused on action. Bloober Team, on the other hand, has dispensed with the fighting. In fact, beyond some cinematic, Marianne does not fire a single bullet. The action mechanics translate into a couple of defense options, as well as the release of energy at very specific moments and designed so that the user presses the button in a very precise and specific situation.

The Medium is available on Xbox Series X, Xbox Series S, and PC; also on Xbox Game Pass since its launch. By rendering two worlds at the same time, the study confirmed that it was not possible to make it work on Xbox One.

Intel: We Pull Out of the Modem Market Due to Qualcomm’s...

Spain: 24% of video game players hide it from their parents