Home Entertainment The Medium Details The Use of The PS5 DualSense 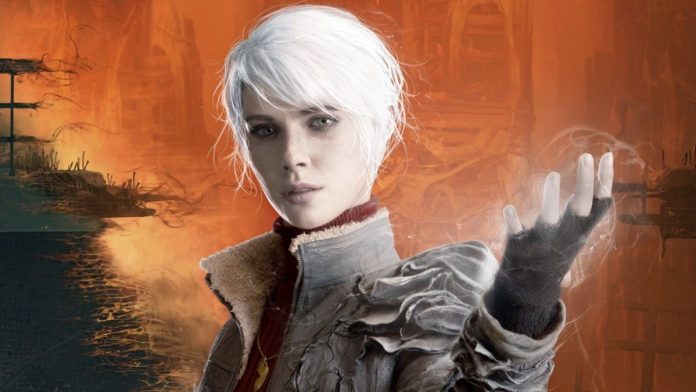 The Medium: Bloober Team explains the different functions of The Medium on PS5 thanks to the variety of technical characteristics of the console controller.Bloober Team is one of the reference studios today when it comes to horror, with several projects underway. One of them is the arrival of the once exclusive Xbox, The Medium, to PS5, a console that will arrive in September, and that will do so by making good use of the DualSense, with a series of functions that the Polish study has explained.

Thanks to the characteristics of the Sony console control, such as haptic feedback and adaptive triggers, players will be able to perceive the sensations of Marianne, the protagonist of the game, to different stimuli throughout the adventure that The Medium proposes. She makes use of a remarkable array of psychic abilities to aid her on her journey to uncover the reasons behind her visions of a murdered girl by a lake, having to switch between the real world and the spirit world as she uncovers the mysteries that the world entails. play. For example, when activating the ability of the Spiritual Shield, the DualSense will vibrate “as if dozens of moths hit the barrier”, they have explained from Bloober Team.

Another of Marianne’s abilities is to have an astral form, that is, to be able to explore the environment without the limitations of her physical body. This is possible until she begins to suffocate, so the time we can use it is limited, something that will also notify us of the vibration of the controller, being this increasingly intense as the time comes to stop using it.

Meanwhile, the adaptive triggers are designed to make the controls feel “more intuitive.” Thus, the Spirit Blast needs to be recharged, the trigger resistance being more intense while this process is taking place. Once the trigger can be fully depressed, this ability is fully charged and ready to use again. But in Bloober Team they have also thought about the touch panel, which can be used to manipulate objects and find hidden echoes, or clues of previous inhabitants. Likewise, you can also make use of the motion controls instead of moving the joystick when inspecting the environment, this being possible when the game goes to a first-person perspective.

After its arrival on Xbox One and Xbox Series at the beginning of the year, included in the Game Pass catalog, The Medium is preparing to launch on PS5 on September 3.

Duration of NEO: The World Ends With You Confirmed; Main Story...