Home Entertainment The Medium and Observer: going to the physical version 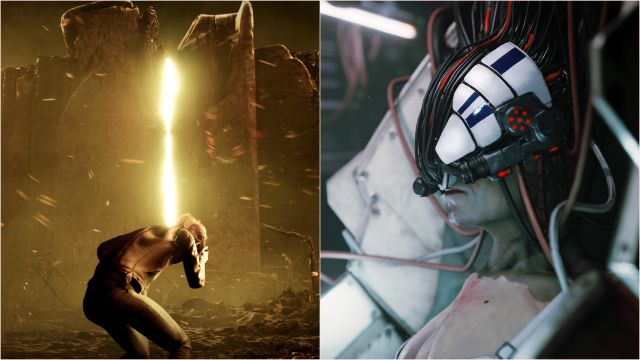 Koch Media and Bloober Team will collaborate to release in physical format two of the latest Polish games, The Medium and Observer: System Redux.

The Medium will have a physical edition by Koch Media. Bloober Team and the distributor close an agreement that will take their latest work to the main stores around the world. The collaboration will also extend to Observer: System Redux, the renewed version (and prepared for the new generation) of the original title.

In the words of Piotr Babieno, CEO of Bloober Team, this launch responds to the requests of its followers. “The most important thing for us is to listen to our fans and they did ask for the physical release of our award-winning horror games,” he says. The team is “excited” to be working with Koch Media.

The Poles have already reiterated their commitment to psychological terror in the video game. Following works such as Layers of Fear and Blair Witch, the studio embarked on its first project dedicated to next-generation hardware. We saw the result of his work with The Medium, a title that received a rating of 7.5 out of 10 in this house. During our analysis we pointed out “interesting moments” both at the narrative and playable level. “The Medium offers a good experience thanks to its story, its development and the concept of two worlds connected by our protagonist”, we said.

Of course, the residue that left us was that “it does not exploit everything that could be presented to us”, which leaves it “far from being a reference or an essential game”. You can read the full text through this link. For its part, The Medium is currently available on Xbox Series X | S and PC. From day one, it is part of the Xbox Game Pass catalog in its two modes. In the case of a computer, it is also for sale on Steam.