Home Tech The Medium, analysis. A journey between two realities 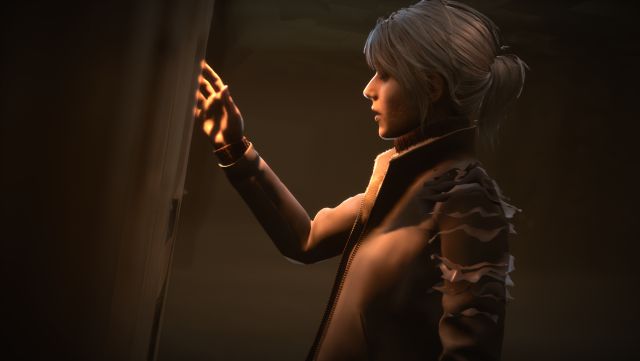 One girl, two worlds. And a story that we do not know. This is Bloober Team’s Next Gen game for Xbox Series and for PC. Also on Game Pass.

Marianne is not a normal girl. She has always had special powers that allow her to navigate between two realities, that of her world and that of the dead. Her ability as a medium of hers has accompanied him until the beginning of the game, where she has to say goodbye to her father – her adoptive – hers and where, from the other world, she accompanies him so that she can rest. But everything gets complicated when she receives a call to go to Niwa, an abandoned center that, after being devastated, has no life. Or so it seems. And so begins The Medium, the new from Bloober Team (Layers of Fear, Blair Witch), a game that wants to resemble the classics, with good ideas and others that are not so much.

The staging of The Medium, available this week on Xbox Series, PC and within the Game Pass service, evokes Survival Horror games such as Resident Evil or Silent Hill. She does it through the type of control, the protagonist in the third person or the fixed cameras in the rooms where we enter. But it is true that the game moves away from those formulas and seeks its own path. A path that has lights and shadows, but that ends up resulting in an interesting experience with moments of great clarity. The Polish studio continues to drag problems in game mechanics as we have seen in its previous video games, but here it takes steps forward in other fields.

Defining The Medium as Survival Horror is perhaps a bit of a stretch. The title is not scary like a name like Visage can inflict on you. Nor do we have the feeling of anguish due to lack of resources or dangers that seem insurmountable, as can happen to us in Resident Evil 2. He does not have that fear of what will be at the next door. But it is capable of keeping us in tension and worrying us for almost the entire title. In a lighter way than other games of the company, but in perfect balance with the plot and what it wants to tell. Because it is one of its strengths: history. What happened in Niwa connects with Marianne, and how her personal story and that of that place unfolds is well spun. In addition, with no minor addition: on too many occasions, in this type of game the ending ends up leading to exaggerated corkscrews or bizarre situations. And that happens to all kinds of games, from the smallest to big productions (Resident Evil 7?). Here we can say that the ending is very powerful. And very good.

Eerie Article About Coronavirus: Can Proceed Up To 8 Meters And...