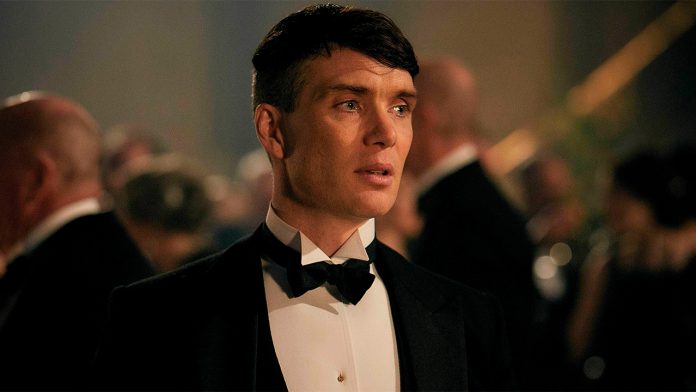 Nick Cave’s Red Right Hand, who appears in Peaky Blinders, have become synonymous with Tommy Shelby (Cillian Murphy). However, viewers may not see the link between the story and the lyrics.

Peaky Blinders has used the song Red Right Hand as the theme song for the series since it began. This was first introduced when Tommy Shelby (Cillian Murphy) rides a horse through the streets of Birmingham.

And throughout the five seasons of Peaky Blinders, the tune has also been covered in many versions. Artists who have performed it include Arctic Monkeys, PJ Harvey, Iggy Pop, Jarvis Cocker, and Snoop Dogg.

The lyrics tell of a tall, handsome man in a dusty black coat arriving in an oncoming storm. As a result, viewers have taken to the song to represent who Tommy Shelby is in Peaky Blinders.

However, they may not realize that there is actually a lot more to the song than initially appears in Peaky Blinders. An interesting fact is how the Red Right Hand title was taken from John Milton’s epic poem Paradise Lost.

This occurs when the demon Belial refers to the red right hand of God, who will take revenge on the devil. Peaky Blinders fans will know how, while Tommy is not God, he has a strong sense of revenge against his enemies.

Guitarist and Bad Seeds co-founder Mick Harvey revealed how he wrote the song with Cave and Thomas Wydler and that he wasn’t quite sure what the song’s meaning really was, that it appears in Peaky Blinders and why it was referencing Milton.

However, Red Right Hand suits the show because it certainly seems to embody this and viewers of Peaky Blinders can expect to hear a lot more as the show progresses alongside Tommy Shelby.