Home Celebrity The meaning of the song Halfdan and Harald sang 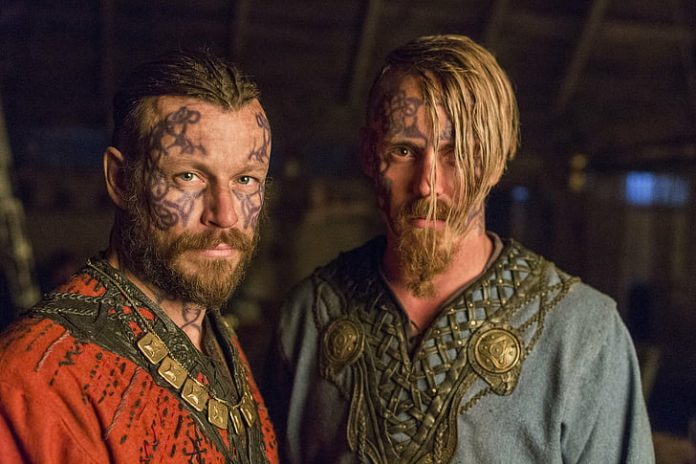 Peter Franzén and Jasper Pääkkönen starred in Vikings as the brothers Harald and Halfdan respectively, throughout the six seasons of the show, the duo have been a favorite among fans and fans are curious to know more about the duo. What song do Halfdan and Harald sing together?

On the one hand, Vikings fans were delighted to see the return of Halfdan the Black in Vikings Season 6, Part Two. Recall that Halfdan was brutally killed by his brother Harald in the second battle for Kattegat in season five.

Likewise, Harald also did not waste time killing Harald’s wife Astrid (Josefin Asplund) and her unborn baby, leaving Harald without a wife, son or brother. But even so, fans were delighted to see the return of Halfdan the Black in Vikings Season 6, Part Two.

The brothers then sing the last song they sang in season five, episode 10, as Harald takes the last breath from him. So the song instantly became a favorite with Viking fans, who are curious to know more about the singing.

In turn, the song, titled My Mother Told Me, in Vikings originates from a poem in the Icelandic saga called Egill’s Saga about the famous Vikings, Egill Skallagrimsson. Similarly, such a song is usually sung when traveling, but can often be heard when people drink.

According to the Saga, Egill wrote the poem after he committed the first murder of him as a child. For his part, Egill is famous for his poetry, considered by many historians to be the best of the ancient Scandinavian poets.

In the same way, Vikings fans can recognize that the lyrics emphasized a mother who bought her son a galley with good oars to navigate distant shores, said this, the song refers to the analogy of the effort made by the mothers so that their children have the tools to defend themselves and fly high.

On the other hand, Vikings fans think that the song gave a final and significant touch to the story of these Viking brothers, so referencing this sonata gave a very emotional turning point to the plot of Harald and Halfdan.