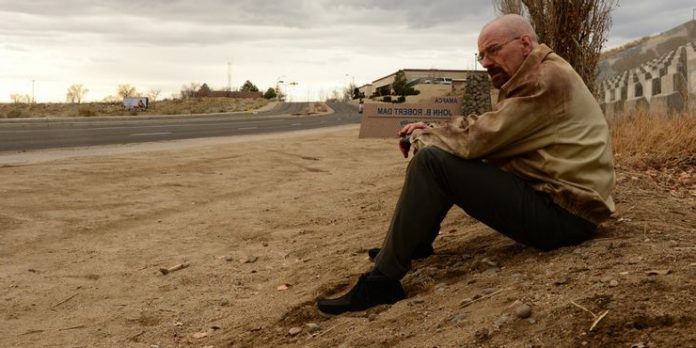 According to Breaking Bad fans and IMDb ratings, the best episode of the show is ‘Ozymandias’, the penultimate of the final season. But what does the title mean?

By the end of the episode, it’s clear that Walt’s only remaining friend in the world is a dust-covered barrel of cash and that he has failed in his overriding mission to protect his family.

But the episode has deep metaphorical significance to the story of this installment, as it relates to a very famous 19th century poem of the same name and the much older historical figure upon whom that piece of literature was based.

“Ozymandias” is a clear reference to Percy Bysshe Shelley’s 1818 poem of the same name, which was also read in its entirety by Walt in voice-over for a promotion of the final episodes of Breaking Bad.

The short poem centers on a traveler who comes across a fragment of a statue created to honor the great “king of kings”, the Egyptian Ramses II, but which is now just a lonely, broken, half-hidden relic in an ocean of sand.

The poem speaks of the fragility of life and the inability of the most accomplished and self-magnified ruler to preserve himself from the inevitable erasure of time. Breaking Bad’s “Ozymandias” features several moments that seem to be visual homages to the Ramses story and the couple of poems that describe it.

Kim Kardashian: Jeffree is coming out of silence!