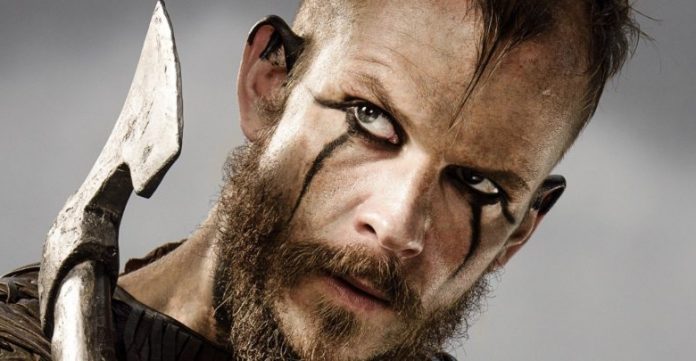 Created by Michael Hirst, Vikings made its History Channel debut in 2013, and while it was originally planned to be a miniseries, it was so well received that it was renewed for a second season.

With Vikings waiting for their final episodes to premiere, it’s a good time to look back at the characters who made the series what it is and all those details that have piqued viewers’ curiosity, like Floki’s eye makeup.

Floki (Gustaf Skarsgård) is Kattegat’s shipbuilder and a very eccentric character, often playing the role of trickster among the Vikings and always worrying about what the gods will bring them.

Floki is not only noted for his weird personality and behavior, but also for his physical appearance, as he often wears a lot of eye makeup, but there is a reason behind that.

Vikings series makeup artist Tom McInerney has shared that both men and women wore kohl around their eyes to enhance them, and the reason Floki uses it more often than other characters is connected to his beliefs.

Floki represents the pagan culture that the Vikings embraced and expressed a deep connection with the gods of their time, that gave them the opportunity to beautify their look in that way.

Of course, fans have come up with their own interpretations as to why Floki wears eye makeup most of the time, with some explaining that Scandinavians used eye makeup to appear scarier.

While Floki’s eye makeup has historical undertones, the Vikings writers might have decided that he would wear it almost all the time simply to make the character stand out and further enhance his quirky personality.

Why Barchie could become the main couple