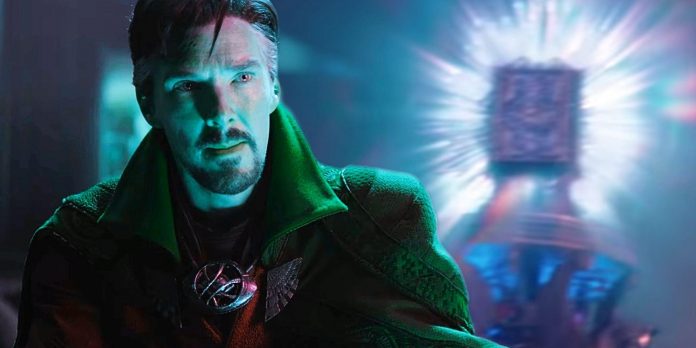 Warning: This article contains spoilers for “Doctor Strange in the Multiverse of Madness”.

There are many powerful objects in the MCU, but “Doctor Strange in the Multiverse of Madness” quickly made one meaningless. Since the MCU is a world full of cutting—edge technology and supernatural magic, there is naturally no shortage of powerful items operating in its multiverse, regardless of whether they were born of a brilliant mind like Tony Stark or an ancient mystical rite. Perhaps the most powerful object used in the MCU to date is Thanos’ Infinity Gauntlet, which harnesses the power of all six Infinity Stones.

However, as seen in Doctor Strange in the Multiverse of Madness, a clear contender for the title of the MCU’s new most powerful item is the Darkhold, a book of demonic spells used by the now supposedly dead Scarlet Witch to try to reunite with her children. in another realm. In the end, the only thing that can ultimately resist the power of the Darkhold is the Darkhold itself, and Doctor Strange resorts to using it to fight Wanda later.

Related: Explaining the Biggest (and Best) Cameo in “Doctor Strange 2”

However, as teased several times during Doctor Strange in the Multiverse of Madness, the MCU houses—or at least stores—a book of magical spells, which is said to be a good counterweight to the evil Darkhold. This folio is called The Book of Vishanti, and the former Archmage spends most of the film searching for his power. Then, when he finally reaches him, the Scarlet Witch destroys him with even less effort than she used to kill the Illuminati from Doctor Strange 2. This shocks the audience, but also removes what is believed to be the only copy of Vishanti’s Book from the MCU mix, apparently forever, without even showing what she is capable of. It’s a confusing solution that almost seems like outright cheating for the wider MCU.

On the other hand, after the ending of Doctor Strange 2 showed that the Scarlet Witch destroyed all copies of the Darkhold in the multiverse after she came to her senses, it can be argued that the Book of Vishanti may no longer be needed. However, there will always be another existential threat on the horizon that the MCU heroes will have to deal with, and their chances of this would be higher if Doctor Strange had the Vishanti Book stored somewhere. It seems shortsighted to just throw away what should be such an important object in the MCU, but it seems to be exactly what Doctor Strange did in the multiverse of madness.