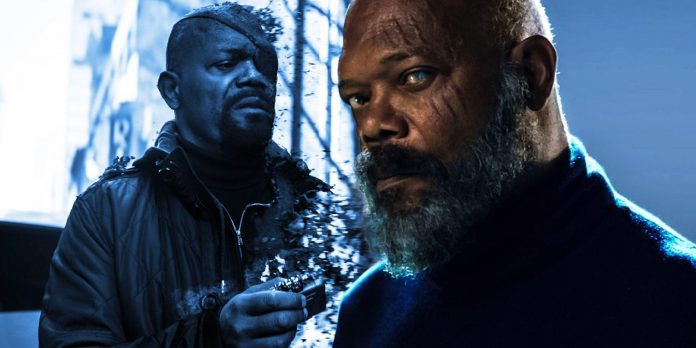 Setting up the MCU for “Secret Invasion” is bound to change the ending of “Avengers: Infinity War”, which may cause some problems for the project. The finale of Infinity War is rightfully remembered as one of the most iconic moments of the MCU, which shows the shocking “deaths” of several outstanding MCU characters, including such as Spider-Man, Black Panther and Nick Fury. While these figures have returned thanks to the Avengers’ audacious time heist, the impact of their departure and Thanos’ flick continues to be felt throughout the franchise. This makes any change problematic.

The key moment for Secret Invasion is the death of Nick Fury. In the decisive scene after the credits of Infinity War, the director of the SHIELD travels with Agent Maria Hill in New York. Although at first it seems that everything is fine, the couple is almost hit by a seemingly unmanned car. Suddenly, Agent Hill disappears without warning. Being a Fury being, in order to understand the seriousness of what is happening, he rushes to activate the pager, contacts Captain Marvel and calls for help before he too turns to dust. This is a vital moment that effectively represents one of Marvel’s most powerful heroes. However, in the run-up to Secret Invasion, this interaction can create serious problems.

The main problem of Secret Invasion concerns the wider MCU timeline. According to a report by The Hollywood Handle [via Twitter], the show should take place after the Snap, when the world was in shock after Thanos’ destructive actions in Infinity War. However, the fact that Samuel L. Jackson reprises his role as Nick Fury presents a major problem, as the character disappeared on screen after calling Carol Danvers back to Earth. Therefore, by squeezing the character into the “Secret Invasion” event, which takes place after Fury’s established demise, the show will definitely have to make some changes to the established canon and timeline of the MCU.

There is one explanation that could explain Fury’s presence in Secret Invasion. If the real Fury survived Thanos’ shot in Infinity War, it follows that the version shown in Avengers: Infinity War was actually Talos masquerading as Nick Fury. This could explain why the real Fury is successfully continuing his extraterrestrial mission despite his apparent earlier death. However, even this justification is not without drawbacks. First, it will take serious narrative gymnastics to satisfactorily explain how Talos was able to get Captain Marvel’s pager before the events of Infinity War. It follows from this that due to the fact that Fury is an absolute fuse, he will keep it with him at all costs. Handing him over to Talos, given the possible consequences, looks very unusual.

Perhaps Fury voluntarily gave Talos a pager to guard the Earth while he ventured into outer space. However, even if this is the case, it still means that some major changes will be made to the finale of Avengers: Infinity War, and adding a background to what used to be a fairly simple scene becomes necessary. Seeing Samuel L. Jackson return to the role of Nick Fury is undoubtedly interesting for longtime MCU viewers. But, if the Secret Invasion is going to succeed, he will need to find a satisfactory explanation for his return to the world after Snap.

Amber Heard spoke for the first time about the verdict of...