Home Entertainment The Matrix Resurrections: where to watch the movie online? 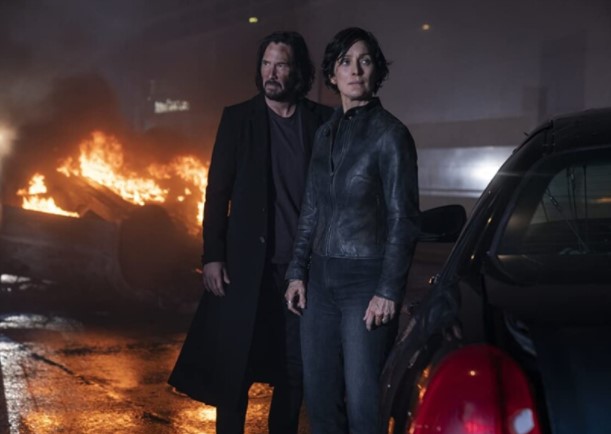 The Matrix Resurrections or The Matrix 4 is about to be released and Warner Bros. Pictures wants all fans of the saga to enjoy it to the fullest in the cinema or via streaming. Therefore, here we tell you how to watch the movie online.

A few months ago the first trailer for the film was released, in which we could see the return of Keanu Reeve and Carrie-Anne Moss with their iconic characters who were brought to life in the first three The Matrix films.

The Matrix Resurrections promises to be worthy of the franchise that revolutionized the science fiction genre and the synopsis describes: “In a world of two realities, everyday life and what lies behind it, Thomas Anderson will have to choose to follow the white rabbit one more time. The choice, although it is an illusion, is still the only way to enter or exit the Matrix, which is stronger, safer and more dangerous than ever. ”

How to watch The Matrix Resurrections online?

After 18 years of waiting, the fourth film in the saga,

Resurrections, will be released on December 22, 2021 through HBO Max, so you only need a streaming service account to enjoy it.

If you don’t have an account and don’t want to pay for one, you can always use the trial period, just start using it until the tape has been released.

The Matrix 4 will also be released through theaters, in case you prefer to live the experience in the theater, with the audio and the big screen, eating some delicious popcorn; Just remember that if you attend you must wear a mask and keep your hands clean, for your safety.