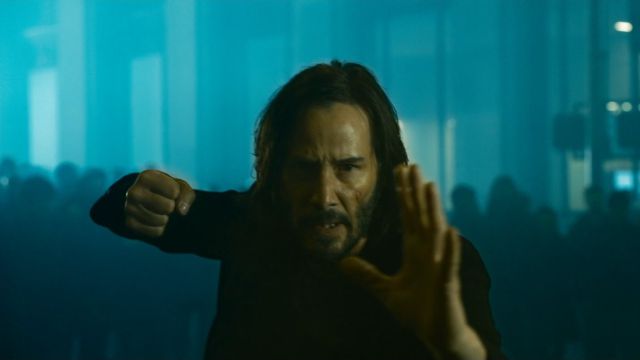 The teaser places us on Thursday, September 9 at 3:00 p.m. CEST. At that time we will be able to see the long-awaited full trailer, which will give fans advance notice about the adventures that await the main cast. It will be published on the official channels of Warner Bros Pictures. The video has already been seen by some attendees of CinemaCon 2021, the setting where it made its final name official, away from the always recurring Matrix 4.

Everything we know about the Matrix: Resurrections

The Hollywood Reporter shared the details, which you can see by clicking on this link. If you do not want to reveal the surprises of the trailer, we recommend not reading it. The film is directed by Lana Wachowski, who already did the same with Lilly Wachowski, her sister, in the original installments. In addition to Kenau Reeves, the faces of Carrie-Anne Moss, Jada Pinkett Smith and Christina Ricci will not be missing. The cast will be completed with actors such as Jonathan Groff, Jessica Henwick, Yahya Abdul-Mateen II, Neil Patrick Harris and Priyanka Chopra, among others. The script will be written by the same Lana Wachowski, Aleksander Hemon and David Mitchell.

At first, its premiere was expected on May 21, 2021. However, the problems derived from the health situation in which we find ourselves forced to change the plans of the producer. The original installment of The Matrix was a before and after in Keanu Reeves’ acting career. From that moment on, he became an action movie star, along with the milestone in the film’s own digital effects. The Matrix managed to raise more than 465 million dollars worldwide in 1999, the year of its premiere.

Original Terranigma team that bring Snes RPG back to life