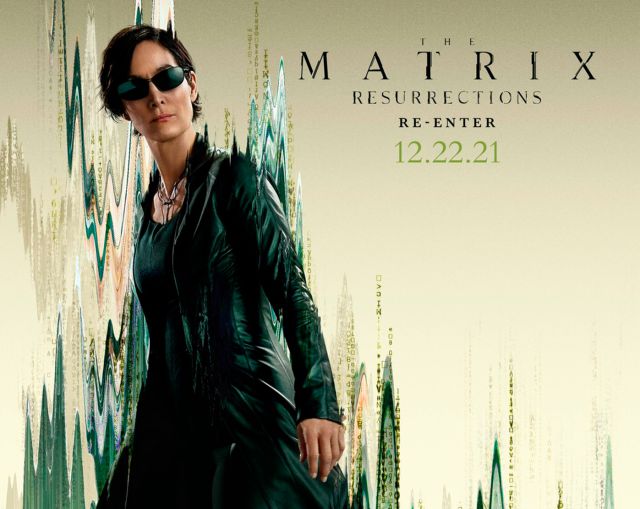 The Matrix Resurrections: Keanu Reeves was taken aback when asked to return as Neo; Warner Bros. UK presents a new featurette trailer with new details. The Matrix Resurrections, the new and unexpected installment of the action saga starring Keanu Reeves, returns to theaters in just a week and the promotional machinery has been working at full throttle for weeks. That is why we now receive a new and revealing behind-the-scenes or making-of-style trailer in which we get to know new details of the plot. In addition, Keanu Reeves himself has assured that he was taken aback when they asked him to return as Neo for a quarter.

Keanu Reeves was confused by his return

Thus, although this new trailer that you can see heading this news does not reveal the reasons why Neo and Trinity return to action, it does offer comments from the cast and a good handful of unpublished scenes from Resurrections, a film that will bet on a new “narrative” according to Keanu Reeves. And the actor assures that Neo has returned to his previous identity as Thomas Anderson and that in recent years since the end of Revolutions, he has suffered some kind of nervous breakdown, hence his therapy sessions that are seen in the trailer.

For her part, Trinity has also returned to a fictitious identity, this time as Tiffany, a new woman with a husband and children. Although soon both will discover that something does not fit, leading to think that her reality is not what it seems. This new video also features Bugs, the leader of a resistance group seeking answers from Neo’s figure.

On the other hand, Keanu Reeves has assured in a recent interview that he felt confused when they asked him to return as Neo for Matrix 4: “I was at home and I received a message from Lana Wachowski, the director and screenwriter, and she said: ‘¿ How about doing another Matrix movie? ‘ And I said, ‘Oh, it sounds amazing, but I’m dead.’ And then she said, ‘Are you?’ And I replied: ‘Go on’. And he wrote a beautiful script, a wonderful story, “says the actor.

The Matrix Resurrections opens in theaters on December 22, 2021.

Cowboy Bebop: Learn How The Netflix Series Made Changes to Julia