Home Entertainment The Matrix Resurrections Has Been The Most Pirated Movie In The Last... 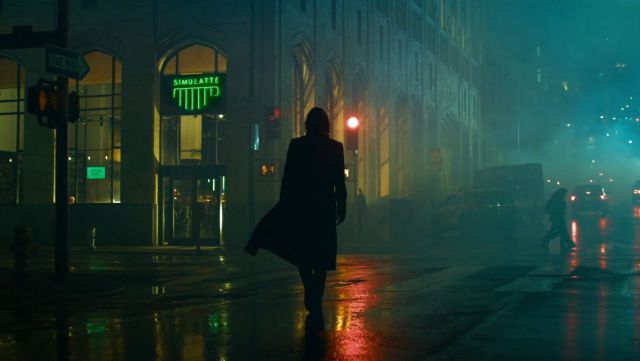 The Matrix Resurrections: Its release in theaters on December 22 was accompanied by its inclusion in the HBO MAX catalog, something that makes it very prone to being pirated. The Matrix Resurrections was released in theaters around the world on December 22. And just a week later, an analysis echoed by Comic Book has determined that it has been the most pirated movie of the last week. The data is based on the files downloaded via torrent and points to a 32.6 out of the 10 most valued. The James McTeigue-produced film is at the top of the list, followed by Resident Evil: Welcome to Raccoon City (16%) and Spider-Man: No Way Home (12%).

It should be noted that The Matrix Resurrections is included in the HBO MAX catalog in Latin America and the United States. That makes the film much more prone to being pirated, since those that are only available in theaters are more than begging when it comes to appearing on the network.

The Matrix Resurrections: everything you need to know

The official description offered by Warner Bros. Pictures highlights that the film is a continuation of The Matrix (1999), in which the story “brings together Keanu Reeves and Carrie-Anne Moss as the film icons Neo and Trinity in an expansion of their story that ventures back into the Matrix and even deeper into the rabbit hole. A mind-blowing new adventure with action on an epic scale, set in a familiar but even more challenging world where reality is more subjective than ever and all it takes to see the truth is free your mind. ”

On the other hand, yesterday we told you that both its producer James McTeigue and its director Lana Wachowski have something very clear: at the moment there are no plans for a new installment.

The Matrix Resurrections premiered on December 22 in theaters and is also part of the HBO MAX catalog in the United States and Latin America. In Spain we will still have to wait for their inclusion. If you have not seen it yet and you want to get an idea of ​​what you are going to find, do not hesitate to read our review.