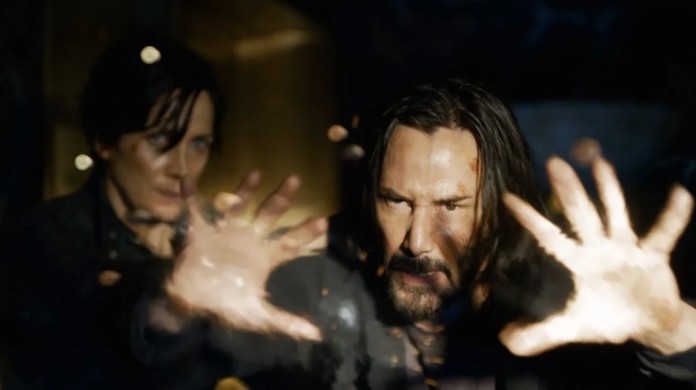 The Matrix: Warner Bros. publishes the promotional images of the main protagonists of the new installment of the Matrix saga; Theatrical release on December 22. The Matrix Resurrections, the fourth installment of such a popular action film saga starring Keanu Reeves, opens in theaters on December 22, 2021 and that is why Warner Bros. continues with its promotional machinery at full capacity sharing new teasers and posters. So much so, that now the new individual posters of the main protagonists of the film arrive, headed by the incombustible Neo and Trinity (Keanu Reeves and Carrie-Anne Moss, respectively), in addition to the rest of the new faces that we will meet in less than a month .

This is what the main protagonists of Matrix 4 look like

Thus, The Matrix Resurrections will pick up the final events of The Matrix Revolutions of almost 20 years ago to recover two of its main protagonists, Neo and Trinity, in a way that we have yet to discover. Be that as it may, we already have their new promotional images that show us how they will both look in The Matrix Resurrections, with their characteristic trench coats and dark sunglasses.

The rest are new characters, up to a total of six, led by the new and younger version of Morpheo, played by actor Yahya Abdul-Mateen II (Black Manta in Aquaman), along with the rest of the cast as Bugs (played by Jessica Henwick), Neil Patrick Harris, Eréndira Ibarra or Priyanka Chopra, whose names in fiction are yet to be confirmed, as well as Jonathan Groff, who seems to play a new Agent of the Matrix.

We leave you with its official synopsis: “Matrix Resurrections is a continuation of the story established in the first Matrix movie (1999). Reunite Keanu Reeves and Carrie-Anne Moss as film icons Neo and Trinity in an expansion to their story that ventures back into the Matrix and even deeper into the rabbit hole. A mind-blowing new adventure with epic-scale action, set in a familiar but even more challenging world where reality is more subjective than ever and all it takes to see the truth is free your mind. ”

The Matrix Resurrections is scheduled to premiere in theaters on December 22, 2021.