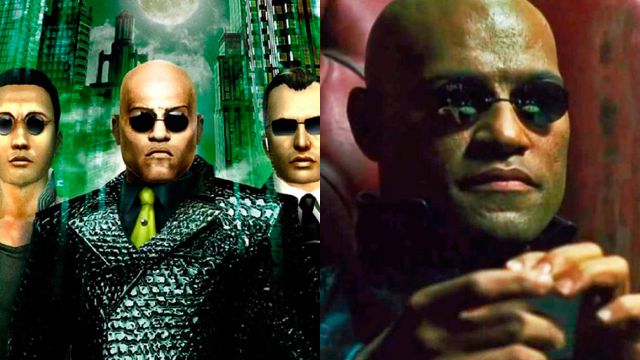 The Matrix: The absence of the famous actor in the fourth part of The Matrix has its reason for being in the Monolith Productions video game as part of the official canon. The most notable absence of Matrix Resurrections is none other than that of the mythical Morpheus of actor Laurence Fishburne, a character who does not return with Neo and Trinity in charge of his usual interpreters, Keanu Reeves and Carrie-Anne Moss, respectively. But why doesn’t a figure as iconic as the original Morpheus return? The answer is found, apparently, in the 2005 video game The Matrix Online, which, as with other products related to the Matrix universe, is part of the official canon.

Why isn’t Laurence Fishburne coming back?

In reality, the absence of Laurence Fishburne in the new installment of The Matrix was already confirmed with the announcement of the film in 2019, although the reason was never clear. Now, it has transpired that the real reason is the death of the character in the video game The Matrix Online for PC, an MMORPG from Monolith Productions that hit the market in 2005 and closed its doors in 2009. And it is that like many other products in the Matrix universe (video games, animation or comics), are part of the lore of the Matrix, having their own impact on the main films.

In the video game, players entered the Matrix as humans fighting the machines in the city of Mega City, encountering characters such as The Oracle or Morpheus along the way. In one of the missions, Morpheus decides to rebuild Neo’s virtual avatar, for which he will have to recover the corpse of the Chosen One from among the machines; It is then when Morpheus falls victim to a program called Assassin.

That is why Laurence Fishburne cannot regain his role for this forthcoming fourth installment; yes, instead it seems that we will see a young version of Morpheus played by actor Yahya Abdul-Mateen II. Matrix Resurrections opens in theaters on December 17, 2021.

Such a great sun: Julien and Johanna share their kiss!