Home Entertainment The Matrix Awakens: They Compare The Demo With The Real Movies And... 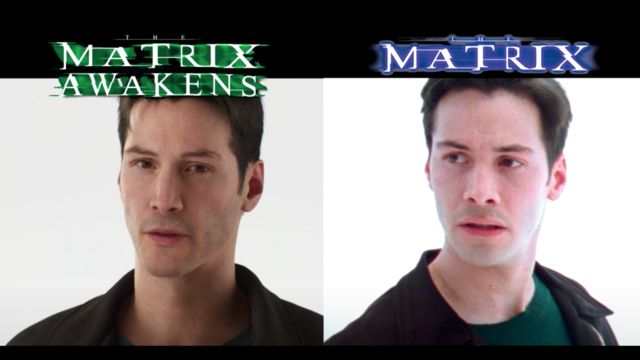 The Matrix Awakening: An Unreal Engine 5 Experience surprises with its spectacular technical performance. This comparison video demonstrates its potential. The Matrix Awakens is a manifest representation of what Epic Games’ new graphics engine, Unreal Engine 5, will be able to achieve thanks to cutting-edge technology and an amazing ability to automate processes, saving development studios time and resources. After seeing it at The Game Awards 2021 and knowing its surprising figures, videos have already appeared that put this demo face to face with an original video.

The Matrix Awakens: An Unreal Engine 5 Experience surprisingly recreates some scenes from the original movies. Its photorealism is such that, at times, it prevents us from distinguishing the barrier between what is real and what is created by this graphic engine, as you can see below with this video from the well-known channel Cycu1. We remember that The Matrix Resurrections is scheduled to premiere in theaters this December 22; In this article we talk in depth about the film.

A year 2022 to remember: a lineup of dizzying premieres

If we only look at the list of launches planned for next year 2022, the truth is that a spectacular year awaits us. The month of January will start with Legends Pokémon Arceus, but in February we will have two of the heavyweights of the year: Horizon Forbidden West and Elden Ring; perhaps two of the most important of the entire course. After Gran Turismo 7 and Kirby and the Forgotten Land, later it will be the turn of other games highly anticipated by fans, such as Bayonetta 3, the sequel to The Legend of Zelda: Breath of the Wild, God of War: Ragnarok, the ambitious Starfield , Mario + Rabbids: Sparks of Hope, Avatar: Frontiers of Pandora …

A year that can remind us of 2013, 2018 or 2019, to name just a few of the greats of the last decade. The main obstacle that the industry will have to face, however, is the crisis of semiconductor materials. The lack of chips means that demand is far ahead of supply; In other words, companies will not be able to meet all that demand until well into 2022, which is when the supply chain is expected to stop being collapsed.

In this article we talk about the difficulties that well-known chain stores are facing right now to supply all their customers, as well as the opinions of Nintendo and Microsoft in their Spanish subsidiaries in the run-up to Christmas just around the corner.

The Game Awards has been the chosen setting to reveal dozens of important announcements, not just the winners of the best of the year awards. We recommend that you take a look at this link for all the announcements, news, trailers and revelations.