Home Entertainment The Matrix Awakens Showcases Their Amazing Graphics At The Game Awards; It... 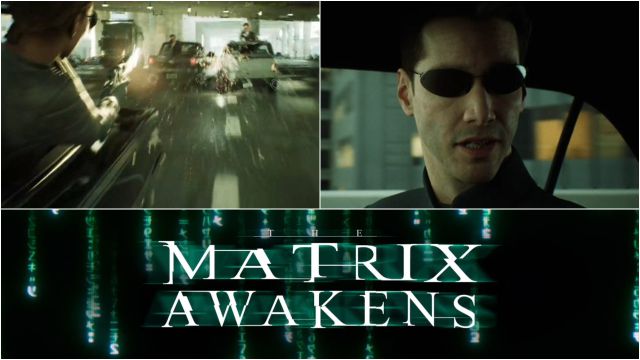 The Matrix Awakens: The Awakening of the Matrix: An Unreal Engine 5 experience, is shown in style at the 2021 TGA gala. This is how Keanu Reeves looks on screen. Unreal Engine 5 is called to be one of the dominant graphics engines in the video game sector during the present generation of consoles. Epic Games has shown in style The Matrix Awakens (The Awakening of the Matrix: An experience of Unreal Engine 5) at the gala of The Game Awards 2021, after its first demonstration just a few days ago. They have also taken the opportunity to show a small new preview of the new film, The Matrix Resurrections, scheduled for December 22.

The Matrix Awakening: An Unreal Engine 5 Experience was one of the big surprises of Epic Games’ presentation of its new graphics engine. And the truth is that they left us with honey on our lips, because although it is true that they showed us a first trailer of the experience, added to the possibility of pre-downloading the application on PS5 and Xbox Series X | S consoles, we still could not run it. Here below we leave the links.

Created by members of the original film team, including Lana Wachowski, along with Epic Games and other contributors, The Matrix Awakens: An Unreal Engine 5 Experience is a dizzying journey into the surreal universe of The Matrix with performances by Keanu. Reeves and Carrie-Anne Moss ”, reads the official description of the application, now available on PlayStation 5 and Xbox Series consoles.