Home Entertainment The Matrix Awakens And The Surprising Facts Of Its Demo: They Analyze... 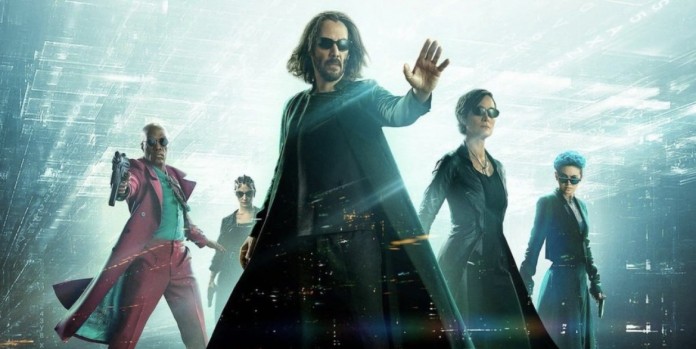 The Matrix Awakens: The demo available on PS5 and Xbox Series shows in detail what the Unreal Engine 5 is capable of. Billions of polygons to achieve photorealism. The Matrix Awakens is now available for download on PS5 and Xbox Series consoles. Epic Games wants to demonstrate what its new tool is capable of, a graphics engine designed for the future and designed to streamline processes without investing huge amounts of time and money. This opens the door for studios large and small to be more ambitious in the scope of their works, and the data accompanying this demonstration supports an absolutely photorealistic staging.

From Digital Foundry they have analyzed in detail what is hidden behind that realistic city, which with its more than 7,000 buildings and more than 17,000 vehicles in circulation results in a city larger than Los Angeles itself in the real world. The lighting technologies and generation of duplicate modeling without the developer having to do anything, with Nanite and Lumen as masters of ceremonies, are the trick of a tool that makes it difficult to distinguish what is real and what is not. Here are the conclusions reached by Digital Doundry after breaking down The Awakening of the Matrix: An Unreal Engine 5 experience.

A glimpse into the future of photorealistic video games: The Matrix Awakens

The city is 4,138 km wide and 4,968 km long, somewhat larger than the size of downtown Los Angeles.
The surface of the city is 15.79 km2.
The perimeter of the city measures 14,519 km.
There are 260 km of roads in the city.
There are 512 km of sidewalks in the city.
There are 1,248 intersections in the city.
There are 45,073 cars parked, of which 38,146 can be driven and destroyed.
There are 17,000 simulated traffic vehicles on the road that are destructible.
The city has 7,000 buildings.
27,848 utility poles only on the street side.
12,422 manhole holes.
It took almost 10 million unique and duplicate assets to make the city.
The whole world is illuminated only by the sun, the sky and the emissive materials in the meshes. There are no light sources for the tens of thousands of streetlights and headlights.
When it is night, almost all the lighting comes from the millions of emissive windows in the buildings.
There are 35,000 simulated MetaHuman pedestrians.
The average number of polygons is 7,000,000 buildings made up of thousands of assets and each asset has several million polygons. In total, the demo has several billion polygons to make only the buildings of the city.
The immediate future of The Matrix is ​​called The Matrix Resurrections, the long-awaited new film in the series. Its premiere is scheduled in theaters on December 22, 2022. In this article we tell you everything we know about the return of Keanu Reeves and company.