Home Entertainment The Marvels: This Is What Iman Vellani Looks Like With The New... The Marvels: The filming of the sequel to Captain Marvel is nearing its end, a film that will feature Carol Danvers, Monica Rambeau and Kamala Khan; premiere in 2023. The Marvels, the sequel to the Captain Marvel movie as part of the MCU, is nearing the end of its filming. So much so, that despite not yet having an official statement from Marvel Studios or its director Nia DaCosta, there are several members of the team that have announced the end of their collaboration, implying that the production is directing its final stretch. In addition, we have the first image of what Ms. Marvel will look like in the film after her debut in her own series, all thanks to a leaked photograph from the filming set itself that shows what her new costume looks like. .

New costume for Kamala Khan in The Marvels

Thus, the filming of The Marvels (formerly known as Captain Marvel 2) began in the middle of last August, which would already take almost 4 months of work, the average time for this type of production. And although almost nothing is known about this new film, we do know that several components of the technical team have already finished their work, to which we must add the announcement by South Korean actor Park Seo-joon that his participation had already ended. a few weeks ago.

All this without filtering absolutely nothing of a filming that would have taken place a good part of it in interior locations; up to now. And it is that a leaked photograph of Ms. Marvel with her new appearance has transpired, with a much more colorful and ostentatious outfit than what has been seen in her origins series for Disney +.

The film will feature three protagonists, such as Captain Marvel / Carol Danvers, Monica Rambeau (from Scarlet Witch and Vision) and Ms. Marvel / Kamala Khan (from the Ms. Marvel series). The Marvels is scheduled to premiere on February 17, 2023. 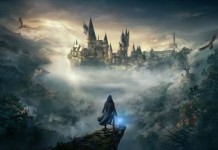 Harry Potter: Hogwarts Legacy Will Be Out In 2022, Insists Warner Bros Games 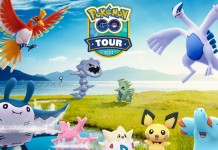