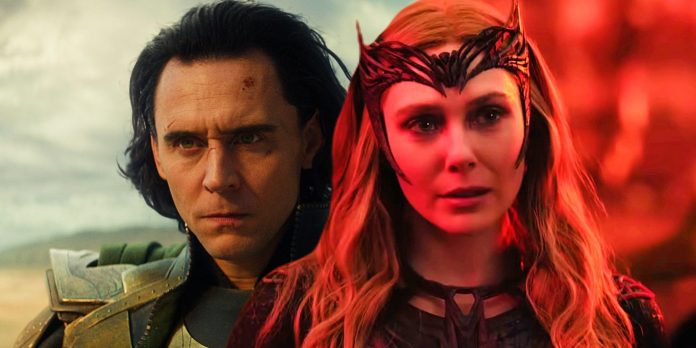 Phase 4 of the MCU is officially the first in the “Multiverse Saga”, and revealing what the next “Avengers: Finale” MCU will be, retroactively eliminates plot issues. After “Finale” broke box office records and ended the decade-long “Infinity” saga, expectations from the MCU Phase 4 onwards could not be higher. However, Marvel’s Phase 4 was different from any other previous MCU phases both in terms of structure and plot, and one of the main problems was the lack of consistent storytelling common in many Disney+ movies and shows.

By the time of the premiere of Black Panther: Wakanda Forever, about 50 hours of content will be released in the fourth phase of Marvel. This is largely the execution time of Phase 1, 2 and 3 combined, which shows how much bigger and bolder the MCU has grown since the “Finale”. The Disney+ platform allowed 6-hour stories like WandaVision and Moon Knight to be released regularly, prompting Phase 4 to be more content-rich than any of the other three phases. However, with so many Marvel releases for both theaters and streaming, keeping track of the entire MCU in Phase 4 has become harder than ever, even for those already familiar with the Marvel universe. One of the strengths of the early MCU was that it always seemed accessible to new audiences, and that’s because there was always a clear indication of where the story was heading and how the films connected to each other.

For example, by the time viewers see the young Howard Stark in Captain America: The First Avenger, many have already met the character and knew about his connection with Captain America through Iron Man 2. In the scenes after the credits of “The Avengers” and in “Guardians of the Galaxy”, Infinity Stones were a recurring McGuffin in Phases 1, 2 and 3 — they all set the stage for “Avengers: Infinity War”. There was no such thing in the fourth phase of Marvel, and there was no clear narrative thread connecting these nearly 50 hours of content. Now, with the announcement of the Multiverse Saga, some of the decisions made during Phase 4 have become clearer, and some storylines can now be better evaluated. The prospect of a battle with Kang in Avengers 5, as well as Avengers 6 as Secret Wars, means that Phase 4 can be perceived in a new light, and that the MCU after the Finale was supposed to be the first step in Marvel’s most ambitious saga. .

Marvel Phase 4 Has An Identity Problem

Compared to Phases 1, 2 and 3, Marvel’s fourth phase has an identity problem, meaning it lacks a shared narrative. This does not mean that all Marvel movies and TV series after the “Finale” had to be completely connected and have only one tone — just the opposite. The epic conclusion of the Infinity Saga with the Battle for Earth in the Finale meant that for the first time since Iron Man, the MCU would have a blank slate to fill with new Marvel characters and storylines. However, Phase 4 did not take full advantage of this opportunity. Many Phase 4 releases promised to deal with the aftermath of the Finale, but it never really became a prominent storyline in any of these stories.

Instead of a single coherent storyline, MCU Phase 4 tried to convey at least three different things at the same time. The first was to introduce new Marvel characters such as the Eternals, Shang-Chi and Moon Knight; the second was to explore the lives of the remaining Avengers, such as “Vandavision” and “Doctor Strange in the multiverse of Madness”; and the third was to create legacy heroes who could assume the mantle of the original Avengers. The result was a very inconsistent series of films and TV series that remembered little about the first three phases of the MCU.

The Multiverse Saga gives a Phase 4 goal (and improves it)

Until now, it could be argued that the current Phase 4 push towards the Marvel multiverse was just a ploy to turn nostalgia into brightly anticipated movies. For example, the prospect of Tobey Maguire and Andrew Garfield returning in Spider-Man: No Home was enough to make the third MCU Spider-Man movie the highest-grossing release since the pandemic. It didn’t take a decade of buildup for “No Way Home” to turn into a movie event, and many feared that the Marvel multiverse would become a fan service tool for the MCU after the “Finale”. Marvel dedicated the series “Loki” to establishing the rules of the multiverse, followed by the whole show “What if…?” based on the same concept. The stories of Doctor Strange and the Scarlet Witch were also used to further the development of the MCU multiverse, but before the confirmation of the Multiverse, there was no clear indication of where things were heading.