Home Entertainment The Marvel Multiverse is Suddenly in Trouble 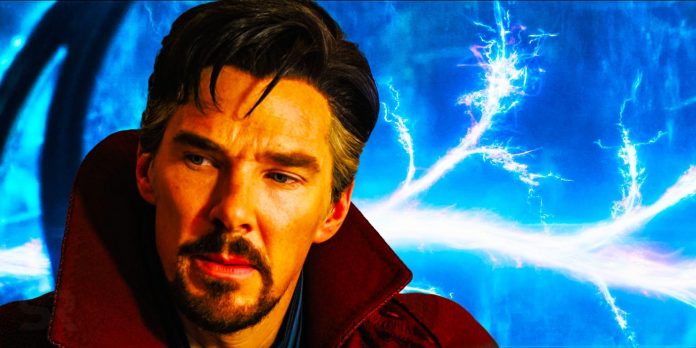 The saga of the MCU Multiverse has run into unexpectedly big problems. Approaching the end of Phase 4, Marvel Studios outlined its overall plan for Phases 5 and Phase 6 during the highly anticipated Comic-C0n show in San Diego in 2022. Several new projects have been announced at the Marvel panel, led by Kevin Feige, but just as exciting as it is, the franchise is already facing some challenges as it continues to solve the Multiverse saga.

Unsurprisingly, Marvel Studios, known for playing the long game, has the next era of storytelling planned. Like the Infinity Saga, the Multiverse Saga will conclude with two Avengers films, both of which will be released in 2025. However, more than a dozen films and TV series have yet to be released before “Avengers: Kang Dynasty” and “Avengers: Secret Wars”. and some of these initiatives have not yet been properly announced by Feigi and his team. These upcoming projects will continue to create certain storylines that will come together at the end of Phase 6, and in addition, all of these projects will premiere in the next two and a half years. While this means there won’t be a shortage of MCU content in the foreseeable future, it’s not exactly good news for a certain segment of the entertainment industry.

According to some sources, the VFX industry is reportedly in the doldrums after the MCU Phase 5 and Phase 6 announcements at Comic-Con in San Diego due to the workload they will face in the next few years. This could mean big problems for Marvel Studios in promoting the Multiverse saga. As upcoming MCU projects become increasingly dependent on CGI with stories taking place outside the world with a burgeoning multiverse or with characters using magic such as Doctor Strange (Benedict Cumberbatch) and Scarlet Witch (Elizabeth Olsen), Marvel Studios will now require VFX services. more than ever. However, given their reputation, artists may no longer want to work with Marvel Studios. Meanwhile, those who will be forced to take up new MCU films and shows may be unmotivated, which, in turn, may negatively affect the quality of their work. Given the supposedly stressful Marvel working conditions they are subjected to, and far from ideal compensation for all their hard work, these hardworking visual effects studios can’t be blamed if this scenario really comes true.

Even before the Feige Hall H 2022 Comic-Con panel, Marvel Studios had already received a negative reaction from VFX artists who criticized the poor working conditions they are exposed to when working on MCU projects. One former Marvel artist recalled how his colleagues broke down due to overwork, which caused some of them to change the industry altogether. The transition to phases 5 and 6 of the MCU with the burned-out visual effects industry should worry Marvel Studios. Without their input, sticking to Marvel Studios’ crowded roster would be difficult; otherwise, they risk releasing films and shows with poor-quality graphics, for which they are constantly criticized. It is curious then why Marvel Studios is in such a hurry to deal with the saga of the Multiverse. The Infinity Saga took 11 years to play out, while its sequel will only take four if the MCU sticks to its current release card. And although it must be said that the surge in releases is partly caused by the launch of Disney+, Marvel Studios has no reason to rush their projects so much. In addition to increasing the burden on the already tired visual effects community, there is also a growing sense that the audience is losing sensitivity to the increasingly frequent releases of the MCU.

Marvel Studios isn’t the only studio doing this. The general state of the VFX industry is currently a cause for concern, as most major film companies tend to overload their artists, forcing them to rush with results in order to meet tight deadlines. However, since the MCU is the largest and most popular franchise in the world, Marvel Studios may be more imposing with its strict deadlines than others. Fortunately, this is also the reason why they can lead the solution to this problem — and this is a change of position that needs to happen as soon as possible.

Star Wars Hunters Shows Its Champions In Action In Its First...