Home Crypto The Market Has Been Bloody! Here’s the Latest Situation in Bitcoin and... 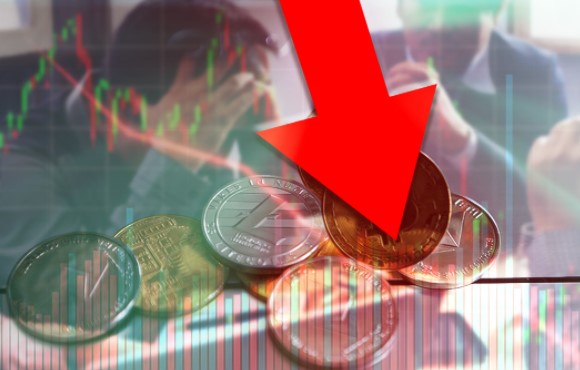 Leading cryptocurrency Bitcoin and altcoins traded above the $40,000 level for a long time. So much so that Bitcoin even surpassed the $ 43,500 level in the evening yesterday and started a rapid increase.

However, this increase in Bitcoin did not last long and BTC started a rapid decline yesterday evening. This sharp decline in Bitcoin also bled altcoins. Here is the current situation in Bitcoin and altcoins…

Bitcoin (BTC), the world’s largest cryptocurrency in terms of market value, has been trading above $ 40,000 for a long time. It also started a rapid increase yesterday evening, surpassing even the $ 43,500 level.

With this sudden movement in Bitcoin, investors began to think that the leading cryptocurrency would rise again, but it did not quite so.

So much so that the flagship cryptocurrency Bitcoin experienced a sharp decline during the night and the price even fell below the $ 40,000 level. With this latest drop in Bitcoin, the price dropped to the level of $ 38,220.

Also, the Bitcoin price has fallen sharply since November, losing nearly 40% from the record high of $69,000.

Some experts warn that the crypto market may soon be headed for a downtrend as increased regulatory scrutiny and intense price fluctuations dampen Bitcoin’s prospects.

What’s Behind the Fall?

While the latest price surge comes after new uncertainties over the country’s ongoing struggle with COVID-19, new regulatory actions from the US government, and new crypto-related legislation on the infrastructure bill, the exact reason behind the drop is still unknown.

In an industry as new and unproven as cryptocurrency, it doesn’t take much to achieve huge fluctuations in price. More generally, according to a report from Glassnode Insights, a blockchain analytics firm, new short-term investors selling their holdings in response to the recent drop could contribute to the decline in Bitcoin’s value.

With the sharp decline in the leading cryptocurrency, most altcoins were drenched in blood and experienced sharp drops. So much so that with the last drop, Bitcoin lost 8%, while Ethereum, the second largest cryptocurrency, lost 7%.

Ethereum (ETH), the second largest cryptocurrency in terms of market capitalization, was trading at $3,200 just before the drop, and dropped to $2,810 with the sudden drop.

As of the time the content was written, ETH continues to trade at $2,857, down 8.45% in the last 24 hours, according to CoinMarketCap data.

Binance Coin (BNB), the 4th largest altcoin, experienced a decrease of 9% and fell to the level of $ 424.