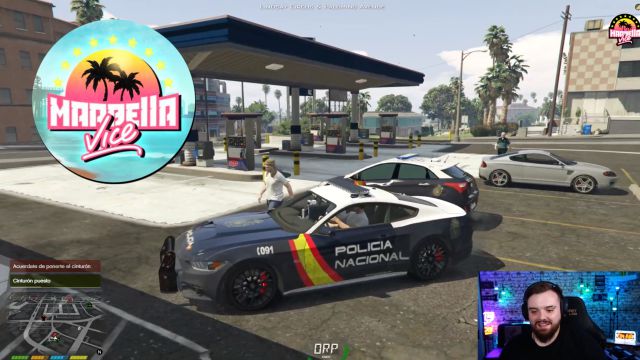 The new series by Ibai Llanos leads Twitch audiences this Sunday, April 4, although its official premiere date will be April 11.

Ibai Llanos is ready to dominate Spanish nights on Twitch with his new series, Marbella Vice. Under the popular Grand Theft Auto V in its GTA Online aspect, the roleplay of the Rockstar video game will be the home chosen for a total of 151 participants from this April 11, when the series kicks off. We have already seen the first images of the server, a cooperative production between CooLifeGame and Ibai himself.

The expectation is maximum. From this Sunday, April 11, Marbella Vice will bring together content creators of the stature of Rubius, The Grefg, Xokas, Cristinini or footballers like Kun Agüero and Courtois, who love video games. But before everything starts we have been able to see a preview from the Twitch channels of Rubius, Ibai Llanos and CooLifeGame, which have been in charge of showing this particular recreation of the Spanish city of Marbella in Los Santos.

Personalized posters, Spanish ambulances, National Police cars, images of the main invited content creators… and laughs, lots of laughs. This presentation has had enormous support at the audience level. From TVTop Spain they have offered the metrics of last night, Sunday April 4, which leaves Ibai Llanos with the absolute winner with WE TEACH THE MARBELLA VICE SERVER.

The statistical data analyzed by TVTop leave us an average audience of 112,200 viewers and a golden minute at 10:15 p.m. (Spanish mainland time) with 164,000 viewers. Both the peak and the average audience were the highest recorded in the Amazon streaming portal last night in the entire country.

Soon we will know more details related to the series, such as if there will be groups (like the members of Ibailand) or if everyone will go for free. What is certain is that the roleplay component of GTA Online will guarantee crazy and unpredictable situations, a fictional narrative where everyone will get into their role. Marbella Vice warns surfers: one of the biggest Twitch hits of recent times is coming.

Falcon and the Winter Soldier: Episode 3 will be long