Home Entertainment The Mandalorian (Disney +) shines at the 2021 Emmys 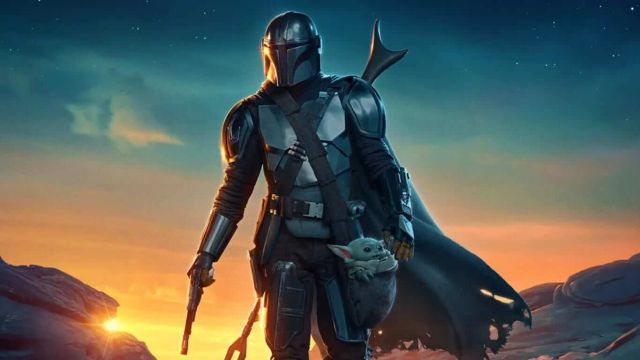 The Mandalorian: The organization of the Emmy Awards, the highest annual award for excellence in the North American television industry, has released all the nominees for its 73rd edition; a marked by the consolidation of a fierce battle between the Netflix and HBO pay channels, which accumulate 129 and 130 nominations, respectively. Meanwhile, the name of The Mandalorian (Disney +) stands out, which together with The Crown (Netflix) lead the list of award-winning series with a total of 24 nominations each.

Emmy Awards 2021: Complete list with all nominees and candidates
The Mandalorian (Season 2) excites the Academy of Television Arts and Sciences
It will not be until next September 19 when we know who wins the main awards, such as Best Series, Best Actress, Best Actor or Best Direction of these Emmy Awards, but for now we can assume that the series based on the Star Wars universe He has all the ballots to be one of the most mentioned names during the gala, which will be held at the Microsoft Theater, in the heart of Los Angeles, California, and will air in the United States on CBS and Paramount +.

WandaVision (Disney +), which begins Phase 4 of the Marvel Universe in terms of series, has remained very close with a total of 23 nominations, thus making it clear that Star Wars and Marvel not only stand out at the box office and among the great masses, but whose production, script and staging values ​​are capable of dazzling a very diverse jury and increasingly aware of the superhero world.

HBO Max takes the cake, however, when it comes to payment platforms. Despite not being a leader in subscribers, where it is far from its main competitors, in this case they lead the list of nominations with 130 candidates; Netflix is ​​in second place with 129 postulates. Finally, Dinsey + grows significantly and stands at 71 nominations.