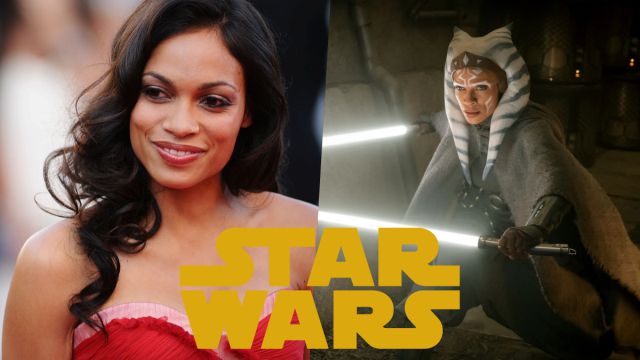 The former Jedi, who left the order during the pre-Palpatine purge era, will have a new series on Disney +.

The galactic saga will continue to unfold on television. Following the success of The Mandalorian, Star Wars will feature numerous productions on Disney +, the video-on-demand platform of the giant Mickey Mouse. In the series produced by Jon Favreau and Dave Filoni, Ahsoka Tano appeared in one of the episodes, titled The Jedi. Anakin Skywalker’s former Padawan, played by Rosario Dawson (Ashley Eckstein in Clone Wars, Rebels and Episode IX), first appeared as a flesh and blood character. And how did she transform? A video shows the process of makeup and characterization of the character.

Rosario Dawson herself has shown it on her official Twitter account, in a video of just 24 seconds that is played in fast motion to capture the way in which the actress stops being Dawson to become the Jedi that we have already been able to enjoy in screen. In fact, the warrior will star in her own limited series, one of three spin-offs from The Mandalorian.

Happy #AhsokaTanoDay ! Thank you @Ashley_Eckstein for bringing Ashoka to life for us all. It’s one of the greatest honors & privileges of my life to share this remarkable character w/ the world alongside you. #DreamTeam @starwars @dave_filoni @Jon_Favreau #BrianSipe #SamanthaWard pic.twitter.com/9JThoyrm6q

A character with a lot of ground

Ahsoka Tano is a character created by Dave Filoni for the animated series Star Wars: Clone Wars, one of the protagonists throughout the 7 seasons it was broadcast. He also made appearances in some episodes of Star Wars: Rebels, which takes place in the imperial era, when the spark of rebellion was starting to burn. Since her voluntary departure from the Jedi Order, disappointed by the events that occurred previously, Tano has not left the ways of the force aside.

Star Wars will feature two other spin-offs from The Mandalorian, Rangers of the New Republic and The Book of Boba Fett, both planned for Disney +. Disney’s ambitious plan includes the premiere of other series such as The Acolyte, Lando or the animated series The Bad Batch, the latter scheduled for this same year 2021. The Andor series, prequel to Rogue One: A Star Wars story continues and it has already started filming, as has the fiction dedicated to the master Obi-Wan Kenobi.

Acer notebook gamer is the most sought after in Brazil in...