Home Science The Main Reason for Aggressive Behavior in Children 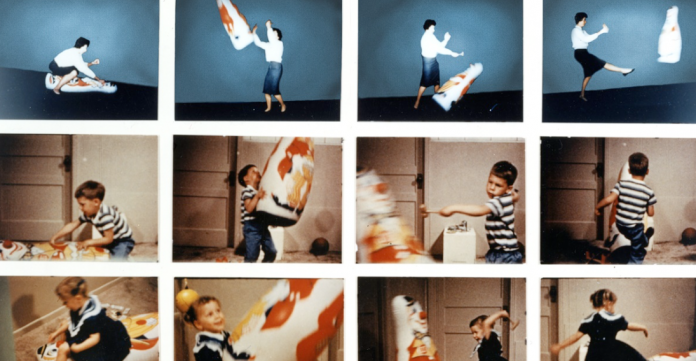 The Bobo Baby experiment, led by psychologist Albert Bandura, tested whether people had learned to behave in society. Let’s take a look at this experiment, the result of which is quite amazing.
Bandura wondered if it was possible to achieve aggressive behavior by observing others and imitating them. To do this, he conducted an experimental study on children in 1961 together with researchers at Stanford University.

According to this experiment, the children observed the behavior of adults, learned from them aggressive behavior and practiced it themselves. So, what other details were discovered during this interesting experiment?

In fact, the experiment was conducted only with inflatable dolls 1 meter high.

These three groups were then divided into six subgroups according to their gender. Half of these groups followed behaviors demonstrated by people of the same sex, and half followed behaviors demonstrated by the opposite sex. An aggressive role model, first a woman, was shown to 6 girls and 6 boys in the first group. Another group consisting of 6 boys and 6 girls was shown an aggressive male role model.

The results of the first stage of the experiment were quite interesting.

The children sat individually at a table in the experimental room. Then the researchers left in front of them a hammer, a table, a chair, various toys and Bobo dolls, which they had previously mocked. Then the experts told the children that you can play with these materials. Children by nature immediately started playing, but it was not an easy game that they always played.

The children in the group who observed aggressive behavior showed both physical and verbal aggression towards Bobo Baby. The children beat the doll with hammers and threw it back and forth.

In the same way, researchers verbally called children to violence. In fact, the reason they did this was to understand whether the children had adopted the aggressive attitudes they had demonstrated in the first place. The only thing that attracted the attention of the participants of the non-aggressive behavior group was toys next to the child, so they didn’t care about the child. After observing the children like this for 10 minutes, the researchers took them outside. What happens after this stage is pretty amazing.

Then the children were taken to different rooms with different toys. Guess what happened then?

The children started playing with toys, and then one of the researchers went into each room and told the children not to play with toys. Psychologists said that these toys were one of their favorites, and they left them there so that another child could play with them. In fact, we can say that this position of psychologists was to see if the impulse of aggression in children would arise. Then the specialists took the children to another room, this time leaving toys with positive associations, such as tea sets, teddy bears, crayons and animal figures.

There was also a hammer, a toy gun and chopped wood in the room. Of course, and baby Bobo, too. The room also had a one-way mirror so the researchers could see the children. The behavior of the children was observed for 20 minutes, and the results showed that children exposed to aggressive behaviors showed more aggression than children in the other group. In fact, it was a hypothesis that psychologists had been waiting for confirmation from the very beginning. So it wasn’t that amazing, it was something else that was amazing.

In fact, the results of the study were the same for both sexes, but boys were more likely to simulate physical violence than girls. In fact, it was concluded that men learn more what male role models do. Another notable detail was that both girls and boys took male samples of physical aggression.

As for verbal aggression, each gender was more inclined to imitate the behavior of their fellows. In fact, the striking situation here is that the general acceptance that physical abuse is male is internalized and internalized at an early age. Thus, representatives of both sexes were not inclined to question the physical violence committed by men. Therefore, it can be said that both girls and boys could easily imitate this example.

We can say that the results of this study confirm Bandura’s theory of social learning, which states that behavior can be studied in society by observing others. Do you really think that violence is a socially learned condition or can it be influenced by genetic factors? You can share your thoughts with us in the comments. 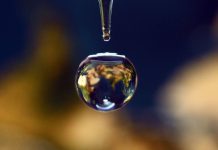 Why Using a Mask Against Corona Virus Is Not As Effective...