Home Tech The mail service, which stands out with its security features, has announced... 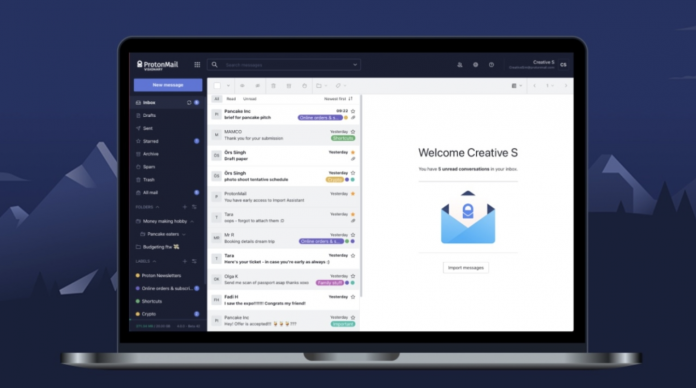 A Swiss-based mail service, which stands out with its secure e-mail service, has given the IP address of its user to the state in accordance with the laws of the country.

The mail service, which stands out with its security features and support such as end-to-end encryption, disappointed its users. ProtonMail, which is built on privacy and offers marketing campaigns to users in this direction, is under the arrows of criticism.

The Switzerland-based mail service shocked its users after a French climate activist gave his IP address to the Swiss police. According to TechCrunch’s reports, the relevant mail service complied with the request sent with Europol by the French authorities seeking assistance from Switzerland.

The company had to comply with the laws of the country

It is stated that the software company, which was criticized after this move, has to comply with the laws of the country. On the other hand, according to the company’s own transparency report, it is stated that users’ IP addresses are recorded in “extreme criminal cases”.

“Proton has received a legally binding order from the Swiss authorities that it is obliged to comply with,” said Andy Yen, CEO of Proton. We had no opportunity to object to this special request.”

It is stated that the lawsuit in question is aimed at activists who took over commercial places and apartments near Place Sainte Marthe in Paris. According to TechCrunch, the protest started because of the steps taken towards gentrification in the neighborhood. It later turned into a movement that would make national headlines in France.

Revealing the IP information of its user as a result of the official order, ProtonMail states that thanks to the company’s encryption, the content is not visible in a ProtonMail account and the identity of its users is unknown. The company also says that going forward, the company will make criminal action cases clearer and further encourage users to use ProtonMail, especially through the Tor site and the company’s VPN, for users who are concerned about privacy.

How do you evaluate the step taken by ProtonMail, which offers privacy and security-oriented marketing campaigns and serves in this direction? Do you think the company has a fair share?

Ubisoft Plus claims to merge with Xbox Game Pass