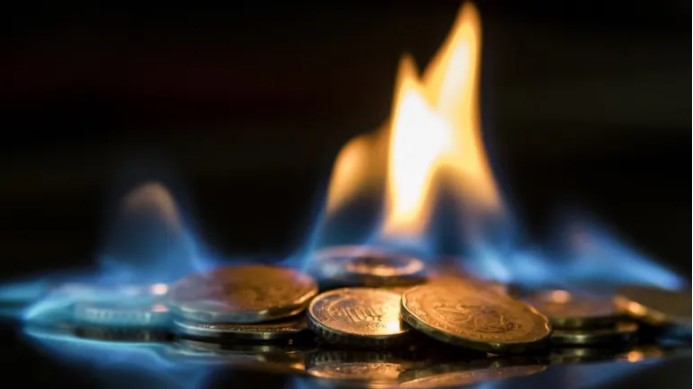 Nine companies have teamed up for SHIB Burn Pledge, an initiative that promises to burn a fixed percentage of profits, sales, or one dollar amount into the official Shiba Inu (SHIB) burn wallet. The price of meme coin project Shiba Inu is consolidating as it was before the bullish run in October 2021 and is trading at $0.00003348 at the time of writing.

The Shiba Inu refused to enter sideways movement after its impressive rally to the all-time high (ATH) of $0.000889. The meme coin had a 30% run in late November 2022 after the Kraken exchange announced its listing. The Shiba Inu is currently trading as a triangle.

It has been barely three days from 2022 and the Shiba Inu token burning seems to be progressing at a steady rate. Steven Cooper, CEO of Bigger Entertainment, a crypto record label, shared the news of burning 2.75 million Shiba Inu tokens on January 3. The CEO announced that a total of 889,483,100 SHIB tokens have been burned since he announced the burning campaign on October 20.

Companies participating in the SHIB Burn Pledge, promising to burn a fixed percentage of profits into the official SHIB incinerator in a major burn campaign:

Shiba Coffee Company: A coffee shipping company that supports the Shiba ecosystem. He states that 100% of his profits will go to buy SHIB and 10% to burn SHIB.

Bigger Entertainment: A crypto record label with variable SHIB burning where artists agree to donate 20% of royalties to burn SHIB.

The Vibe Maquillage: A cosmetics line that burns 15% of all sales made at SHIB.

Marklien: A knitwear store. Twenty-five percent will be burned from all purchases using SHIB as a payment method.

Precious Paws: Deals in dog accessories and toys, and 20% of its profits will be used to burn the SHIB.

Cryptoon Network: Twenty-five percent of its sales will be used to burn SHIB.

Save The F**king Trees: Seventy-five percent of earnings from gear and art will go to burn.

THE SHIBETTES | 1/1 NFTs: Will burn a percentage of the proceeds from NFT sales.

Shiba Search: Will burn a percentage of ad revenue.