Home Entertainment The Lost Ark: A Travel Guide for a Traveling Merchant 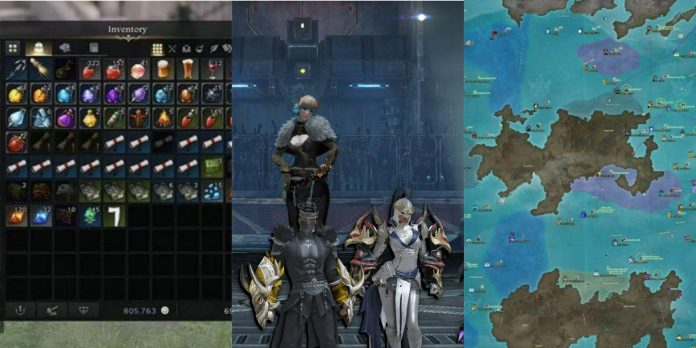 Items are essential for success in any role-playing game. Whether it’s the right sword to defeat the boss, or the right gift to win the heart of an NPC, items help the player achieve a number of important goals. Usually getting a new item is just a visit to the store, but in some games it’s more difficult.

Most items in Lost Ark can be obtained in the usual ways, but for some rare and exceptional items there is only one option: from traveling merchants. Whether they are merchant ships or solo sellers, itinerant merchants travel the world, forcing players to hunt them down if they need valuable goods. Here’s everything a player needs to know about these elusive sellers in Lost Ark.

The first type of traveling merchant is a regional traveling merchant who can appear in all zones except city maps and dungeons. The schedule of their appearance may seem complicated, but it follows a reliable scheme, so finding them is not much more difficult than buying Shards of Chaos when the player knows where to look.

Merchants follow one of three possible schedules, appearing on all channels of the zone. After 25 minutes, the Traveling Merchant will disappear. In each region there are from 2 to 6 possible places of appearance of a Merchant, and the place of appearance of a Merchant is determined randomly each time he appears. There’s nothing stopping players from setting up camp in these spawn locations, pinging their friends, and alerting everyone to the arrival of a Traveling Merchant when they show up.

The good news is that the three schedules that determine the appearance of the traveling merchant are extremely reliable, unlike the NPC schedules in some other games, such as Lost Ark. It is important to note that the time below is based on the player’s server.

The goods of a traveling merchant

Each traveling merchant offers a different selection of goods, including valuable Rapport items to defeat NPCs, so it’s important for players to know who to look for the items they need.

Ben sells a Bouquet of Dreamers, Prydholm Potatoes, Holy Water of Retramis, a Chest with a surprise, a Map of Neria Prydholm, a Map of Varut and a Map of Siera. Lucas sells the book of spells of Yudiya, the natural salt of Yudiya, the oil of the reflection of the sky, the map of the giant worm, the map of Morina and the map of thunder. Malone sells Black Rose, Lakebar Tomato Juice, Resistant Cage, Chain War Chronicles, Berhart Map, Cadogan Map, Castleford Map, and Hair Plant. Morris sells an Azenaporium Brooch, a Diorica Straw Hat, a Luterra Sword Model, Chain Wars Chronicles, a Brignute Map, a Morpheo Map, a Meehan Map, a Thunderwing Map, and Dry-Aged Meat. Bert sells the Azenaporium Brooch, the Diorica Straw Hat, the Luterra Sword Model, the Chain Wars Chronicles, the Seria Map, the Knox Map, the Thunder Wings Map and Hot Chocolate Coffee. Oliver sells a Mokoko Carrot, a Large Ladybug Doll, a round piece of glass, the Pollen of a Shy Wind Flower, the Egg of Creation Map, the Eolh Map and the Mokamok Map. Mac sells a Tournament Stamp, an Angler’s Rod, a Sir Vallilid Card, a Sir Druden Card, a Madame Moon Scent Card, and a Wei Card.

The Handmaid’s Tale: All About the Season 4 Premiere