Home Entertainment “The Lord of the Rings: Rings of Power”, Season 2, featuring a... 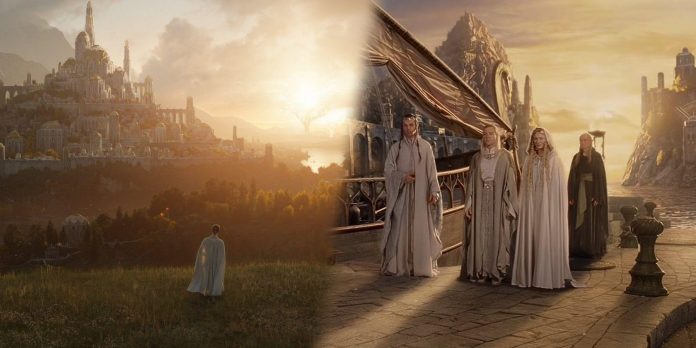 There are already plenty of reasons to be excited about “The Lord of the Rings: Rings of Power” ahead of its premiere on Amazon Prime Video. It seems that the showrunners are already ready to announce the role of a fan-favorite character in the second season.

Whatever the fan is waiting for the most, whether it’s a look at Elrond and Galadriel from a completely new point of view or enjoying the endless landscapes of Middle-earth, there are many surprises ahead of them. This idea seems to go even further thanks to discussions of the second season of the show, which is already in full swing. In fact, there is one big discovery that has already been spoiled for fans of Tolkien’s work, and it pretty much guarantees that at least one group of hardcore viewers will probably stay for season 2 of The Lord of the Rings series.

RELATED TO: LOTR: What happens to elves after they die?

According to the creators of the show, Kirdan the Shipbuilder, one of the oldest and most enlightened elves, will make his debut in the second season of The Ring of Power. “We don’t want to reveal too much, but one character we’re excited to see in season two is Kirdan the Shipbuilder,” co—showrunner J.D. Payne told TIME. “At the time of our history, he is the oldest of all the known elves of Middle—earth – in fact, he lived so long that he had a beard.” This is important because none of the other elves seen in the Lord of the Rings lore had a beard, so even among the immortal race, Kirdan is far superior to any of his relatives.

The name Kirdan may not be familiar to more casual fans of The Lord of the Rings, but it’s easy to forget how rich and deep the knowledge is when Peter Jackson’s original trilogy so skillfully managed to stand on its own. Kirdan fought in the war against Sauron and was even present at Elrond’s side, convincing Isildur to destroy the Ring of Omnipotence after he snatched it from the Dark Lord’s hand. But many probably don’t know that Kirdan actually appeared in the film version of The Return of the King. When Elrond and Galadriel board their ship to leave Middle-earth in the epilogue, he greets them on the pier.

Anyone who has ever met nerds knows that the ability of some fans to cling to characters who only briefly appear in any media is legendary. Just as Boba Fett became such a fan favorite after frankly doing little during the events of the original Star Wars trilogy, it wouldn’t be so implausible for moviegoers to worry about Kirdan after seeing him once as a background figure. . At least in this case, he already has a lot of rich knowledge to work with.

The Power Ring definitely has a lot to offer, and the vast wealth of knowledge that already exists is certainly a boon. Since the second season has already been confirmed, along with at least one favorite character, fantasy fans will surely have something to ponder for a long time.

The premiere of “The Lord of the Rings: Rings of Power” will take place on September 2, 2022 on Prime Video.