Home Entertainment “The Lord of the Rings: Return to Moria” is “the only crafting... 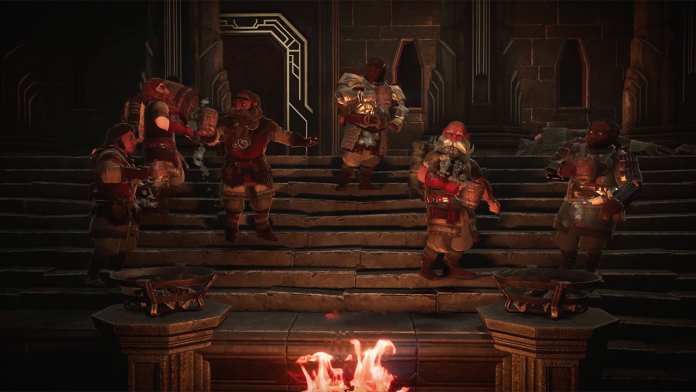 “The Lord of the Rings: Return to Moria” is a brand new game that will be released in the spring of 2023 and is positioned as “the only survival game set in the Fourth Age of Middle—earth.”

This new game based on J.R.R. Tolkien’s work was presented during the Epic Games Summer Showcase and is owned by independent developer Free Range Games and publisher North Beach Games.

“Return to Moria” follows the dwarves of Middle-Earth as they “embark on an original adventure to reclaim and rebuild their dwarf homeland of Moria.” At the time of release, The Lord of the Rings: Return to Moria will be available exclusively on PC in the Epic Games Store.

“The story of The Lord of the Rings: Return to Moria takes players beyond the books and into the Fourth Age of Middle—Earth, a fantasy world created by J. R. R. Tolkien,” the official description says. Summoned to the Misty Mountains by Lord Gimli the Guardian, players take control of a company of dwarves tasked with recovering lost trophies from the dwarven homeland of Moria, known as Kazad-doom or Dwarrowdelf, in the depths beneath their feet.

“Their quest will require fortitude to go deep into the mines of Moria to find its treasures. Players will join forces to survive, create, build and explore the legendary vast mines. Brave freight forwarders should be vigilant, as mysterious dangers await them.”

The game will be procedurally generated, which means that every adventure that players embark on themselves or with friends will be new and unexplored. During each passage, players will need to engage in mining, being aware of the amount of noise they make, as well as monitor hunger, sleep, temperature, resources and much more.

The construction of the base will play a huge role in the “Return to Moria”, and players will also have the opportunity to restore dwarf landmarks as the story progresses. This is all in addition to the discovery of magical artifacts, such as “swords that glow when orcs are nearby, maps of long-dormant mithril veins, books with forgotten crafting plans and amulets that give strength or wisdom.”

Steam Deck Beefs Up Cloud Saving With A New Feature