Home Entertainment The Lord of the Rings: Gollum reaparece 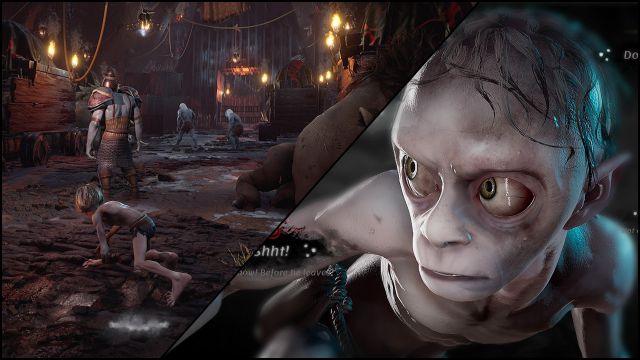 The Lord of the Rings: “Gollum has always fascinated us,” begins Harold Riegler, producer of the title. Despite being a central character in J.R.R. Tolkien, his search for the precious ring was never recounted in full detail ”, he explains, thus making it clear that this will be one of the tasks of his work. His incredible journey from Mordor and the Mirkwood to the Mines of Moira takes the player to places never seen to date, which lay the groundwork for future events that will determine the fate of Middle-earth. Gollum has traveled the world from top to bottom and has met the protagonists ”, they expand.

The Lord of the Rings: Gollum will make us see Middle-earth “through the eyes and twisted mind of one of the most iconic characters of all time,” says Riegler. On a mechanical level, the title will emphasize the value of adventure, cinematic scenes with weight for the narrative, as well as jumps and platforms that will make us connect directly with the environment.

The Lord of the Rings: Gollum Coming Fall 2022
Not only action, but also stealth are some of the aspects mentioned in this new video, whose individual campaign will begin between the years when Gollum / Sméagol found the ring; that is, just before the events of J.R.R. Tolkien and the three films adapted to the world of cinema.

The Lord of the Rings: Gollum will be released worldwide in Fall 2022 for PlayStation 5, Xbox Series X | S, PS4, Xbox One, Nintendo Switch, and PC via Steam. You can learn more details about the world and its history through this article.

House of the Dragon returns to record after paralyzing filming due...