Home Entertainment “The Lord of the Rings: Gollum” looks more and more like a... 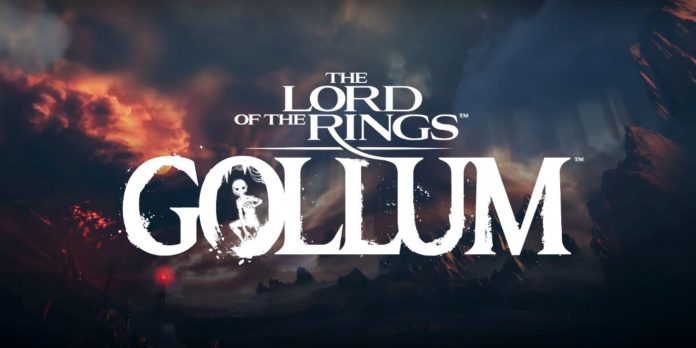 Recently, Daedelic treated gamers to a gameplay trailer revealing more of The Lord of the Rings: Gollum. It was a noteworthy trailer, as it demonstrated that the game will rely heavily on stealth gameplay as Gollum crawls through shadowy caves and tunnels. If well-implemented, the stealth may serve the game well on both a gameplay and narrative level, as Gollum is a creature that thrives in darkness.

RELATED: Why Middle-Earth: Shadow Of Mordor is the Highest-Rated Lord of the Rings Game

The Lord of the Rings: Gollum Explained

Daedelic unveiled The Lord of the Rings: Gollum in 2019, explaining that it would be set in J.R.R Tolkien’s Middle-Earth. The game takes place after Gollum acquires the Ring, but before the events of The Lord of the Rings novels. Tolkien fans will know that Gollum is first introduced in The Hobbit where he is described as a terrifying, slimy creature. During the events of The Hobbit and The Lord of the Rings, it is revealed that Gollum was once known as Smeagol, but after acquiring the Ring, he is known as Gollum due to the horrible sound he makes in his throat. Like many who encounter the Ring, it benefits him in many ways, such as by greatly extending his lifespan. However, it also corrupts him, and he grows addicted to the Ring’s power.

In The Lord of the Rings: Gollum, players will be faced with decisions to make that will determine whether they go the malevolent path of Gollum or the less corrupted Smeagol path. Depicting Gollum is a tricky job, not least because he is a creature who slinks in the darkness, but to avoid falling into the uncanny valley, the studio is foregoing realism and is instead relying on a striking art style. This does not mean that the game will not look great, however, as will be taking advantage of current-generation hardware to include features such as ray-tracing and speedy loading times.

Daedelic claims that the game is but the first of many titles it plans on developing in collaboration with Middle-Earth Enterprises, which owns many elements of The Lord of the Rings IP. The close collaboration should ensure that the game remains accurate enough to please Tolkien fans. Although the game is story-oriented, there will still be plenty of engaging gameplay, including some stealth that was recently shown off.

Stealth Is Perfect For Gollum

The Lord of the Rings: Gollum will have players traveling to various parts of Middle-Earth, including Mirkwood, Barad-dur, and Cirith Ungol, and along the way, familiar characters such as Gandalf will make an appearance. When traveling through Middle-Earth, Gollum will remain in the shadows, requiring players to make use of stealth. From what has been revealed about the game, it appears that stealth will be a huge component of gameplay, though it has been carefully implemented to give players the best experience. For instance, as Daedalic art director Mathias Fischer has explained, ray-traced shadows will give players maximum guidance while dynamic light sources will give players an extra challenge as they try to remain in the shadows.

Gollum has many abilities to help him creep by undetected, as he can also swim, climb, and throw objects to distract enemies. He will also possess “Gollum Vision,” which allows him to highlight any nearby enemies. While there has been stealth gameplay shown, gamers have not seen any combat, which suggests that there may be few to no direct battles with enemies, though this does not mean that there will not be ways to eliminate enemies. This seems to be hinted at by Daedelic, who has stated that “while Gollum might not be a fighter, it is not unlike him to assassinate a careless enemy when the chance presents itself – or dispose of them in more creative and villainous ways.” The studio also claims the levels are quite linear, which should allow gamers to optimize their stealth strategies.

The choice to focus on stealth is a wise one, and it fits with Gollum’s character perfectly. He is a creature of the shadows, and while he is frightening, he is ultimately a feeble being. Forcing players to hide and remain in the shadows highlights Gollum’s darker side, but the inability to deal with enemies head-on may cause players to be empathetic towards the complex character. This, coupled with the ability to make choices, may make The Lord of the Rings: Gollum one of the most interesting depictions of Gollum thus far.

Although the game was originally slated for a 2021 release, it has since been delayed to late 2022. Daedelic has only let gamers see slivers of the game thus far, though what has been shown is very promising. There is still plenty that is unknown, including how players’ choices will affect how the game unfolds, and how Gollum will craftily deal with enemies. By setting the game before the events of the novels, the developers have great breadth regarding which direction they decide to take the story, though, with a heavy focus on stealth, it appears that the game’s Gollum will still feel authentic to Tolkien’s rendition.

GAC’s Jen Lilly and others supported Candice Cameron Bure after she...