Home Entertainment The Lord of the Rings: Elijah Wood Admits That An Orc Was... 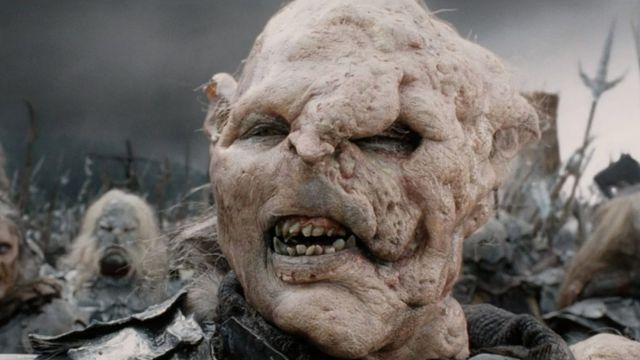 The Lord of the Rings: The famous actor who played Frodo in Peter Jackson’s film trilogy discovers inspiration based on the controversial producer. Surprising statements that come from actor Elijah Wood, popular for his remembered performance as Frodo in Peter Jackson’s The Lord of the Rings film trilogy, in which he assures that the controversial and now convicted former Hollywood producer Harvey Weinstein served as inspiration to create one of the many orcs featured in said movies. This was stated in a recent interview on the Armchair Expert podcast, where he explained the difficulties his director went through to find funding for such an ambitious project.

And it is that at that time, Harvey Weinstein was one of the most powerful producers in Hollywood and when he had the project in hand, he proposed to make only two films with a very tight budget, something that did not fit the idea that Peter Jacskon had. And it seemed that no one wanted to finance such a risky project until the entrance of New Line Cinema, which opted for a big-budget trilogy. The rest is history.

In this sense, Elijah Wood recalled that in the production of the film one of the orc masks was designed based on the face of Harvey Weinstein to express, in some way, the team’s dissatisfaction with his forms: “They talked about this recently because Dominic Monaghan and Billy Boyd have a podcast, The Friendship Onion. They were talking about Sean Austin’s first memory arriving in New Zealand. He’d seen these orc masks and one of them, and it’s something I remember vividly, was designed to look like Harvey Weinstein as a kind of way of saying ‘fuck you,’ “says the actor.

Elijah Wood did not want to close his speech without dedicating a few words to Weinstein himself: “I think it’s okay to talk about him now, the guy is in the fucking freak. Fuck him ”. And it is that we remember that Harvey Weinstein is serving a sentence for rape and sexual assault after the numerous abuses of power of him for years in Hollywood came to light.

Review of the 5th episode of the 6th season of the...